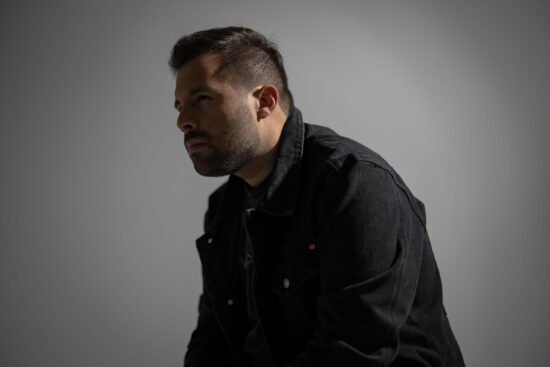 If you are a fan of watching cover songs on YouTube like I am, then you may be familiar with the name Caleb Hyles. Most known for his cover song of “Let It Go” from Disney’s “Frozen” in 2014 (which currently has over 14 million views on YouTube) , Caleb Hyles has captivated the hearts of many with his extremely talented covers ranging from a number of genres including Disney, Broadway, Anime, pop-rock hits, and more!

With a whopping 1.59 million YouTube subscribers, over 1 million Spotify monthly listeners, and 11k followers on Twitch, Caleb has decided that it’s time for him to dive into the world of original music. We sat down with Caleb to talk about this journey and his upcoming debut album In One Breath, set to release on January 14, 2022.

I’ve always loved singing and have connected with music since I was a kid.

I also grew up around two performing, musical parents so it was inadvertently nurtured into me to look for an audience (haha).

Congrats on the upcoming debut album! Can you tell us a little about In One Breath?

Thank you very much! In One Breath is, by and large, a musical patchwork themed around the fragility of memory and brevity of time. Classic topics for lyrical music, so I wanted to take a crack at it. I think I have something “true” and “universal”, but there’s no way to quite be sure until it’s in the hands of the listeners.

Who are some of your biggest inspirations and can we expect to hear any of their influence on the album?

Oh, certainly. I’m influenced, musically, by everything from Yellowcard and Motion City Soundtrack, all the way to Broadway musicals.

I’m sure there are more influences that can be heard throughout the album that I haven’t even quite picked up on yet.

Having done a number of genres in your cover songs, how would you describe your original sound?

Eclectic, restless, and ever-changing. Genre-wise, I think “alternative” is the aptest term to use for the whole record, even though there are so many genres present.

Writing a debut album I imagine is extremely different than making a cover song. What was the songwriting process like for In One Breath?

The album, itself, is greatly themed around “time” and the passing of it. Unsurprisingly, the songwriting process for In One Breath took a lot of time.

I had never really dived into songwriting head first, and am still learning with every new song. It was challenging, illuminating, and extremely satisfying. Honestly, I am arguably more excited for what’s to come next when I think about growing as a songwriter.

Do you have a favorite song off the album?

I’ve been working on this album for so long now, that I’ve burned-out on some of my earliest tracks. Right now, though, I am really into “Leave a Light On for Me” and “Goodbye, Monday” still has never worn out on me.

Is there an important message or theme that you want listeners to take away from In One Breath?

There are a few, but if I am picking just one to be taken away from the album I’d want for it to be that it’s never too late to make a change that will change everything.

Do you have any upcoming songs/projects leading up to/after the album release that you can tell us about?

There will be plenty of album material coming out months after In One Breath‘s release. But there are also some other exceptionally cool projects on the horizon also involving original music! Just be on the lookout! Lots of new things are happening in 2022.

Keep Up With Caleb Hyles 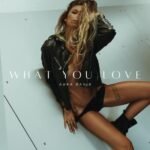 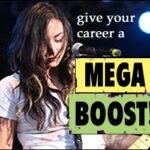