Indie music can cover a broad range of genres and themes from rock to jangle pop to country. It is a diverse type of music, and if you love it, there’s plenty to love. But Indie music also offers a lot of different artists, and it’s not always easy to predicts which ones will air popular this year or the next. In fact, even if you’re a long-time fan of Indie, you may still find this article a refresher of those likely to get the spotlight in 2015.

Rock is a complex genre, with much variety in beat, tone, and instrumentals, whereas rap is just…rap. But the two might just make a comeback in 2015. Rapper pros like Cadence Weapon, Maestro, Shad, Saukrates and others might team up with rock artists such as Mac DeMarco to create some unique yet fabulous music. Note here that the mentioned artists are primarily Canadian, which shouldn’t be surprising. Canadian rappers have been on the rise recently and it’s only fair that they get some praise for their great talents.

Syncopation incorporates a broad range of rhythms that are played somewhat off-beat. It is mostly used in rap, ragtime, jump blues, jazz, reggae and dubstep but has been used more and more frequently in other genres. This kind of music may come as a surprise for some listeners, but it also usually makes for an excellent dance groove. Syncopation in the form of a thoroughly off-beat melody is rumored to get popular because it’s something bold and new, unlike the hackneyed beats of some over-praised pop stars out there.

We can only hope that Indie music will stay what it’s named for this year. Meaning that it will bring about some mind-blowing changes. After all, the whole purpose of India music is adventurous experimentation with not just music but with various other approaches to performing. Of course, not every artist is expected to change his or her own routine and suddenly turn up in half-naked on stage—we’ve had too much of that. But simple change-ups, like adding some humor or live art to performances would definitely keep things fresh in the industry, especially for long-time Indie fans.

Ah, the beard. What a standard symbol for Indie music. And yet…Indie has begun to incorporate so many different tones, artists, and genres, it may be no longer practical to keep that same-old-same-old image blocking out all other faces. Yes, you may love the beard. But is it really fully symbolic of the many female artists and clean-shaven men that now claim fame in Indie music culture? Probably not. So the prediction? A new face will come to dominate Indie music this year, and it won’t be as hairy and it used to be.

However, expect tattoos to remain – in a lot of ways because they have to and aren’t as easily removed as beards. We’d imagine we’ll also see more adventerious piercings – take a look at

urbanbodyjewelry.com to see the sorts of things becoming more mainstream.

Perhaps not exactly applicable to Indie music specifically, this predicted aspect of change for 2015 concerns pretty much all artists out there, so it would make sense to keep Indie fans informed of it as well. Streaming sites like Pandora and Spotify will keep struggling the battle against artists who wish to pull their albums from their sites. Obviously they’re doing it to make sure they actually get some cash for their records, but this may pose a problem for listeners who are used to streaming those artists’ albums from such sites. Be warned. Your favorite music may no longer be as easily accessible this year.

Jimi Newton Project - Returns With Cool Video For "Time... Previous
Renata Leuffen - On A Mission To Create a Better World... Next 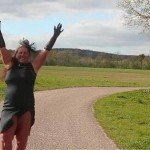