First off tell us why you decided to go with the moniker Ayn Soph?
Besides music, I obsessively study and research about different religions and culture. One day I came across the term Ein Soph meaning creator described as the “endless one” or “.” A simple term holding a powerful meaning.. I wanted my music to reflect that as well, so I became Ayn Soph.

How would you describe your sound?
The only fear I’ve ever had as a musician or producer is falling into a state of complacency.
I don’t want ever want to sound like anyone else so you are going to hear a distinct emphasis on melody and layers of sound. My two strong points.

Which artists have had the biggest influence on you?
My background is an amalgamation of every genre you could think of. Growing up My father’s record player was embedding me with 70’s funk/jazz and rock. Santana and James Brown were fixtures. My brother introduced me to Dr. Dre and Bay Area hip hop that was vital in giving me a sense of timing. Studying jazz throughout my young years then led me to my greatest influence of all, Miles Davis. He taught me to stretch the boundaries of any genre and find your own sound. That opened the doors to rock and alternative songwriters in Radiohead, Trent Reznor, Maynard James Keenan and Jeff Buckley for example. Today, my favorite fellow local musicians inspire me to continue writing.

How does a song develop for you? What is your songwriting process?
It always starts with just a simple melody. From there it’s a gradual step of layers. , chord progressions, . I present a basic skeleton or theme to the musicians I want to have with me and we go from there.


Where do you find the other talented musicians you work with?
Over the +15 years of performing, I’ve compiled a network of talent in the back of my mind in the hopes of reaching out to them when the time is right. That time is now. I go about it like a baseball coach for example. I know the strengths and attributes of each musician I feel would fit best in the context of each song. I’ve been fortunate to gain the mutual respect of talent across the country so now it’s exciting to put it all in action.

You have been involved in music for over 15 years. What prompted the move towards a solo career now?
Although I’ve been grateful for the time I spent with bands over the years, I can’t help but be compelled to put my own how I see fit into fruition. My mind has a 24 hour a day orchestra playing inside where the only release is to finally branch out and put my ideas out for the world to hear. Most importantly so that I could hear it as well.

There are many genres heard in your latest track “Club Kidd”. How do you make them all work together?
I was hoping you could help me with that… what do you think? This is honestly the only aspect I worry about. There are so many genres playing off on each other at any given time I’m still working that decision out. Basically any song I write though is worked mentally no more how complex it may seem. Before I even put a pen to paper or pick up my sax, the song is complete in my head. So I apologize to anyone who thinks I’m not paying attention to them during a conversation, I’m just trying to out a resolving chord to a progression haha.

What advice would you have for other musicians looking to launch into a solo career?
Do it. Don’t wait and be bold. If you know you have something to say, there is nothing stopping you from expressing yourself. My door is always open for anyone who needs advice, so hit me up anytime.. you perform music? Then we’re family.


Where do you see Ayn Soph in a year from now?
By the end of the year, I will have provided an album of different musicians on each track, recorded at a different studio to bring an experience of sound that has been rarely heard. I want listeners to be able to put my album on and leave it on. Once complete, I’ll take a band on the road to play it live for everyone to feel. 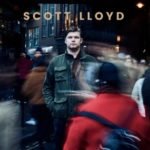 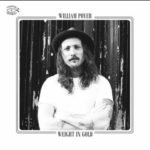 Turfseer Shares His Thoughts on ‘The Virus Is My God’