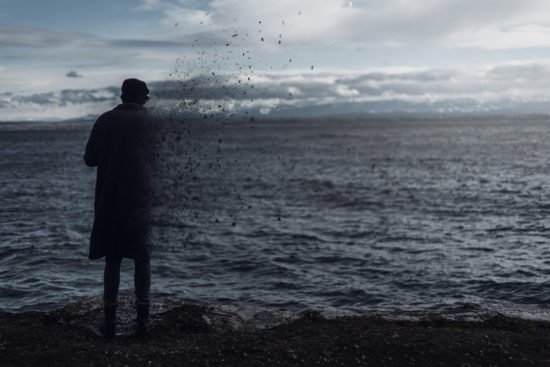 Duality is a big part of some of the most well-known songs. A good songwriter is able to tell a story within a song but also allows the listener to create their own theories and see the other side. Our recent discovery Cheer Up Suicide has been able to do just that. They have mastered showing both the light side and the dark side in thier songs.

The Switzerland based project is made up of the duo Yanick Gerber and Anthony Meyer. Both self-made musicians came together at Blue Snow Studios to create something that has been grabbing audiences’ attention. The music blends multiple genres to create a warm sound that appeals to a wide group of fans.

As thier name Cheer Up Suicide suggests, the group makes a point of writing music that can relate to both sides of life. The very dark parts and the bright light parts. They link these two opposites to celebrate the reality of life.

We caught up with the musical duo to get a deeper look into their music and message. Enjoy the interview here:

First off, what is up with the name Cheer Up Suicide?

We came up with this name on our first released song (Left Over). The message carried by that song is about how human kind might be doomed if nothing’s done. Even though we’re about to commit our own suicide, there’s still a great deal of hope. So through our songs we kept on writing messages about being torn apart between good and bad things. It’s about doing things in order to keep on living, keep moving. Do or die of inaction. There’s a great symbolic about clowns too. In a duo of clowns, which we are, just entertaining people with music, there is always the lunar and the solar clowns that come together to share to opposite points of view about how they feel about life.

We choose to put a pop vibe on our songs. However, influences from Hip Hop and Lo-fi, through the beat and sample based techniques make our production light hearted with some deeper soul feeling to it.

How does a song come together for Cheer Up Suicide? What is the process?

Usually we come up with a sketch. The music always comes first. We might start with the melody of the hook. Then Yanick Gerber starts to build something around what will be the final chorus. At the same time, Anthony Meyer writes down the lyrics and finds the melodies of the voice. And then from that point, we work backwards. We prefer to get rid of sonic material than adding more and more stuff through the last chorus.

We can tell you are good with production. For the studio nerds out there, what studio tools do you use?

We came up with the idea of releasing singles rather than full albums. We think that in today’s world, one has to be constant with providing music to the public. We, therefore try to release a single every 1-2 months. We’ve looked for tools to help us carry this process. Arcade from Output is great. It allows us to quickly start with some sample-based material. And then we build something up around that. Splice has been great too to us for quickly finding a drum sound. Everything’s created in one big large session in Pro Tools. Everything might be changed and processed during the composition.

What do you hope the listener will take away from your songs?

It’s like going on a trip with us. We’d love that the listener follows us through our journey. We try to develop themes and atmospheres throughout the song, by layering sonic elements until our final part of the song, which usually is a brighter and fuller part of the song. We like to think of our music as a movie, where changes occur for the better and the worse.

Share some advice for other artists creating original and meaningful music?

Life’s full of great anecdotes. If we can translate them into music it’s always going to be very rich and deep. One of our song called LDR speaks the true experience of a long-distance relationship. We came up with words that can really translate the strong feeling found in such a relationship It’s important for us that the words make images pop into the listener’s head. And for us, the beat and the music behind supports the message in a rather lighter way. Always offering two sides of a situation, for a richer and fuller experience.

What does the future hold for Cheer Up Suicide?

2019 has been a great year for us. As we came together this last year, we were surprised by the interest from people in our music. We’ve been on air on local and national radios and been on stage. I think the greater challenge this year is to find a way to share our music through more people and develop our social media skills. It’s something every artist might consider nowadays. And in doing that we hope to continue releasing songs and creating our universe to perform them on stage through 2020.

Plans are to release a constant stream of music with new singles coming every 2 to 3 months to share the Cheer Up Suicide message. Definitely something to keep an eye and ear out for. 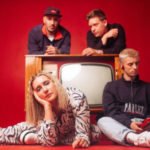 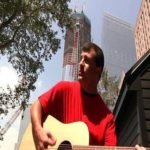