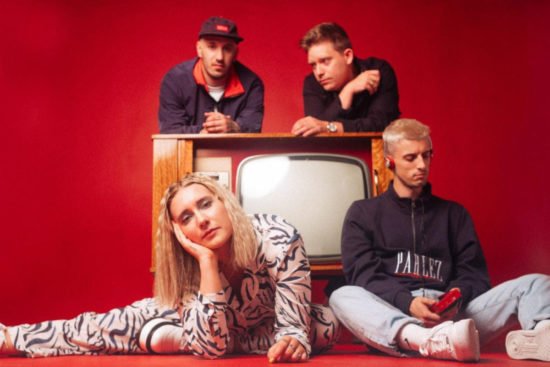 Fickle Friends fly back into the scene this month with their energetic new single “Pretty Great.” This is the second single from their forthcoming sophomore record, expected to release later this year. In just ten days, the indie-pop track has already garnered over 200,000 streams on Spotify, with its music video collecting 12,000 views on Youtube.

From Fickle Friends to lifelong bandmates

You would never guess the co-ed band’s English origins based on frontwoman Natti Shiner’s crisp, high-pitched vocals. They ring clear over the tinny reverb of electric guitar and prominent snare drum that give the group its colorful 80’s sound. Shiner met drummer Sam Morris at the Liverpool Institute for Performing Art. Shortly after the pair moved to Brighton’s seaside to continue their studies, they met Jack Wilson (synth) and Harry Herrington (bass) and formed Fickle Friends in 2014. The group’s chemistry is electric as Shiner’s sprightly vocals play tag bouncing between the staccato drums and plucky guitar riffs in catchy tracks like “Brooklyn” and “Swim.”

Like female-led groups like HAIM and Chvrches, Fickle Friends’ sound hits that frenetic, post-disco itch so many young listeners seem to have developed in the wake of post-millennium giants Phoenix and Two Door Cinema Club. It looks like 2020 vision is showing fanny packs and loads of synthesizer and we’re not mad about it.

To remind us what century we’re in, Fickle Friends unleashes a vintage-style music video set at a house party. Where else would a modern romance blossom? Two girls fall in love with one another amid the tacky Mylar balloons and gold streamers strung up along the walls after they dare to put down their phones and find a way to connect without the use of Wi-fi.

“We’re always on our phones,” Shiner points out in a recent press release. “Not really present. Two people are torn away from that and form a real connection and it’s beautiful.” The video spews glamour as the bedroom light casts a warm and rosy hue over the musicians, playing contrast to the sickly blue light washing over party goer’s faces, glued to their ph.

Introspective to a new degree, the band has big plans to connect with fans in the coming year, with sold-out shows in several locations based in the U.K. Playing alongside well-known favorites such as The Wombats and Catfish and the Bottlemen, Fickle Friends rejoin festival stages at Warrington’s own Neighbourhood Weekender and Hit the North across Newcastle. This band is full steam ahead, encouraging audiences to bring comfortable shoes to join in the fun. 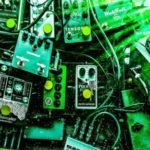 Emerald Suspension Are Ready For Their 'Eruptions' Previous
IBG Interview - 8 Questions With... Cheer Up Suicide Next 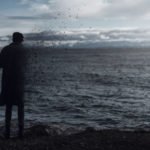