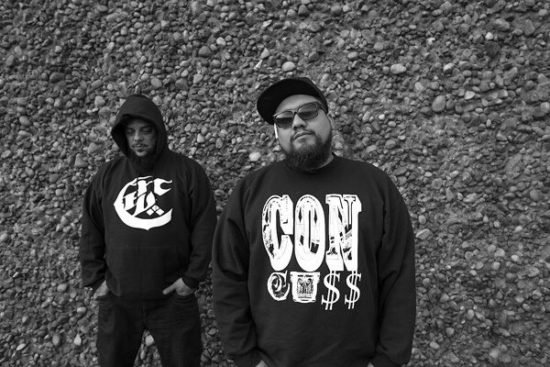 A musical partnership runs very deep between bandmates. Even if they need to create music from without being in the same room, they find a way to make it happen. Life gets in the way but music will always win. Our recent find hERON is a testament to this.

We caught up with the band to get a little look behind the curtain.

First off, what is with the name hERON?

Progeny- It’s everything. It’s bad it’s good. It’s life & death. it’s your drug and your imprisonment. It’s a smile that you once remembered. It’s the tear that came out when feeling down.

Rob– we came up with that as a symbol for us on multiple levels… think it means different things to each of us..but we both like it, and sometimes that can be a difficult thing to find….for me it’s a symbol of natural beauty and wildness, but it also has connotations of addiction and loss.. ultimately just wanted something that sounded cool.

Rob– we have a term we like to use…sad bangers…theres a melancholy to a lot of what we write…erick does most of the beat writing before i even see it, but we like similar cinematic and moody styles…i just try and lay in dope baselines, add some synth if i can find something that doesn’t overwhelm what erick started…we love instrumental hip hop

There seem to be multiple influences here. Which artists have inspired hERON?

Rob– too many…60’s psych and 70’s funk laid the foundation for my bass playing, but for what trying to bring to this project, early 2000’s indie rap…my ultimate baseline would combine some  melody, with a hook, a little bit of the best parts of carpenters and  , with a twist of / doom/blockhead/

What is it like to work with your musical partner in a long distance relationship?

Progeny– It was good. It was pretty easy, I would make the beat and send it off via email. I would get the bass and map it all out. But I am now living in the PNW so it makes it easier to be in the same room while creating.

Rob– we actually both live in Seattle now, but were so busy with all of our other and business endeavors that it sometimes feels we live in different states… think we actually work really well just handing stuff back and forth albeit sometimes very … trust progeny and he trusts me to make something dope…and if it isn’t? we don’t use it an move on.

How does a song develop for hERON? What is the songwriting process?

Progeny- Depending in the mood I’m in. I usually go for a somber sample or try to create it with my guitar or synths. The process is sometimes frustrating due to trying to find the right sample I’m looking for. Then add to that with on bass and then find the structure from there. How long do we want this track to be? What to cut out and put back in. I say that would be the fun part. Then mix it as we go along.

Rob– erick does all the production right now, but i do write beats as well, so im hoping to offer some dope samples to the beginning of the process…. once erick sends me some beats to check out i just start laying in baseline melodies…most of our stuff has multiple takes in multiple ranges and bass tones that i weave together…then i send a rough mix back to erick…additional instruments get added…on the first album my roommate and i laid a bunch of random synth lines that erick chopped and pasted..but lately erick has been adding guitar and synth as well…

Tell us about the latest EP Desolate Paradise?

Progeny-Desolate paradise is a perfect example of what we do. And what we are going for. Dark, gritty sad bangers. We always want the listener to have their own journey when listening to the tracks we put out. Whether the song makes you feel happy, sad a memorable moment you had. Maybe a time of the season. Who knows? Only you can get that feeling and reminisce on it.

Rob– we’ve been sitting on our 2nd album for about a year…just trying to dial it in and get it right…2 of these songs were sitting around hangin out, and we needed to follow up with some new music…we picked 3 more beats and ran with them…i like these cuts…they sound more modern sample-wise, whereas our self titled release was very lo-fi rich late 60’s/early 70’s production feel to me

What do you hope the listener will take away from the music?

Progeny– Not all music needs lyrics. The sounds that we create are the lyrics for them to take in. It’s also a free digital Download.

What advice would you give to other artists creating unique sounds?

Progeny– just keep creating till you find the sound you want and stick with it. Put in the hours learn the record labels of the records you really like. Sometimes that makes it easier. To search for when digging in the crates.

Rob– make sure your drums crack.

How does the next year look for hERON? 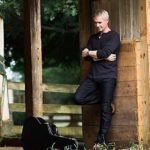 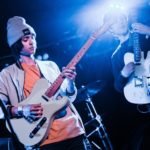