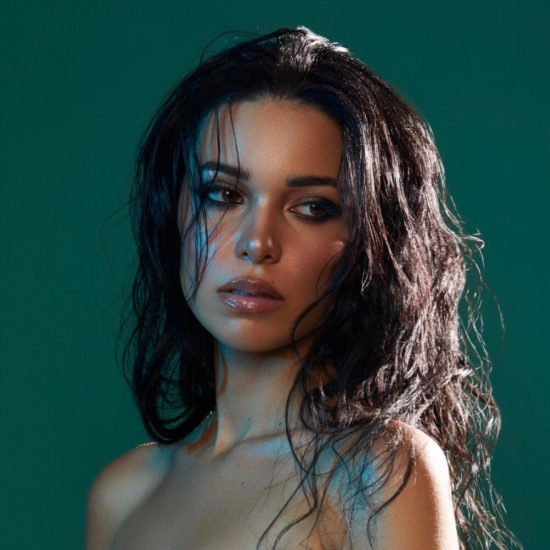 Being yourself is an important part of being a songwriter. When an artist fakes it, the fans will figure it out sooner or later. We recently came across JACKIE APOSTEL who is as real as they come and has a wide assortment of experiences to share in her music.

We had a chance to catch up with the rising alt-pop star and get a little deeper into her upcoming EP The Reformation. Enjoy the interview below:

In a world of wild music monikers, what prompted the decision to simply go with JACKIE?

I genuinely think simplicity is key in a lot of cases. And when it comes to music, Jackie isn’t a name out there. We played around with a lot of artist names and even alter egos but I’m kinda just excited to be myself and figure out who that is.

That’s the hardest question. I think I try to embrace all aspects of pop. I’m not afraid to say I love catchy music, I love easy and repetitive. That’s a big difference between the music we’re making now and my earlier work. I was so worried about proving how good a writer I am and how different we can make things, I forgot that a lot of times music is about a feeling. We have rock records on there, we have a lot of Latin influence. It’s extremely genre-fluid but they’re all big parts of me.

Which artists would you say have been your biggest influences?

Man they’re all over the place seriously. Recording most of it in Brazil you definitely hear that in the rhythms on some records. I’ve also been listening to a lot of boy bands weirdly. Those melodies are insane. There’s definitely hip hop and trap backgrounds but also doo-wops and pop princesses, disco, everything.

Oh sorry artists- Anything from Elton John to Queen to Post Malone to the Weeknd to Britney Spears to Selena Gomez to Bruno Mars. I’d kill for Bruno, I mean come on.

You have spent time in a lot of cities known for their music. How has that helped develop your own songwriting style?

Every city, actually every season in every city, every situation, every person you meet in them, experiences you have etc. change the way you write. And what you want to write matter of fact. Not just lyrically but every place has a specific kind of music they enjoy, and seeing people really have fun to it and make amazing memories, almost to some kind of soundtrack that plays in the background. That’s some inspiring stuff. Makes you wanna be a part of that.

Its what I’m good at.

No, honestly I can’t imagine a world where I do something else. I think a lot of artists, musicians and creatives in the industry will agree that sometimes it doesn’t even feel like a choice. It’s something you have to do. It’s therapy, torture, love heartbreak its every bone in your body and everything you think about.

Tell us about how your brand new EP The Reformation came to be?

A lot of crazy shit happened in the past years. A lot of moments where I really wanted to give up on everything and a lot of situations where I really didn’t understand why it was happening and what good could come out of it. Looking back, everything really does happen for a reason. I spent the past year learning a whole different way of making music out here in Brazil and its something I never thought I’d explore. I found great people here that pushed my songs to an incredible new high. At the end of a few months we had so many demos, more than we’d ever be able to place when I was approached by someone, who asked if I was ok with keeping my vocals on one of the songs as an artist/ feature. That triggered a larger thought and we started working more and more towards building a foundation for me as an artist, which is something I had sworn off a while ago. The difference is really that this time around I am incredibly confident in the songs and in myself. And I feel very supported. I’m so grateful for everyone who just rolls with me on my weird ideas.

Why was it important for you to bring in the Brazilian production team of The Dogz?

As mentioned on the previous question it was just so organic. We had so many demos already that I was obsessed with that using that as a starting point was absolutely the only way to go. Plus, they’re just fantastic at what they do. They bring something so new to the table.

What does the future hold for JACKIE?

Lets fucking see. Whatever it is, we’re ready and excited.

Keep up more from JACKIE APOSTEL on her INSTAGRAM. 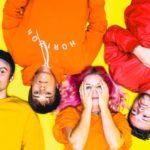 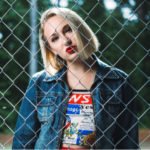