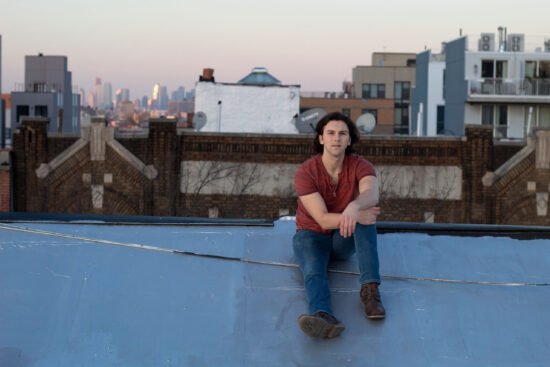 We have all lived through quite an interesting and difficult year. Many people retreated inward and dealt with the pandemic in their own specific way. Our new friend Jacob Shipley turned to his music and found the time to create some great sounds as well as images.

We had the chance to chat with the entertaining songwriter to get a little deeper behind his latest project. Enjoy the interview here:

I started performing when I was younger because I felt like I was missing out on some part of being human. There are these rules that are set in society that limit how much of ourselves we can express – like being angry or sad is almost something to keep hidden. That was really hard for me as a kid because I’ve always been a pretty emotional and sensitive person. So music and acting felt like the opportunity to experience these intense feelings in socially acceptable ways and in controlled spaces that kept me safe. The more I write and create, the more I’m able to be open and vulnerable for myself, but my hope is that my music provides that same freedom to the people who listen to it.

How would you describe the Jacob Shipley sound?

If I could somehow trademark the term Moody White Guy with a Guitar, I swear to god… In all seriousness I like to joke that I write only sad music, but it’s really not as dark as I pretend it is. Sometimes my songs can be really painful, but there’s always a certain level of optimism or hope that makes its way in. And lately I’ve been writing with a bit more sarcasm and chaotic energy.

The best term I’ve heard to describe my music is Alt-Folk: everything comes from my acoustic guitar and then branches out from there. Some of my stuff is a little jazzy like my song “Shutter” and others verge on Lo-Fi in “Weight of the World.” I’m also fully intending on releasing a pop punk EP at some point if it’s not too off base! But at the end of the day, I love to write a classic fingerpicked song with a chill melody and an honest story.

My first huge inspiration for writing was Glen Hansard 100%. I saw the movie “Once” that he did with John Carney and it opened up my mind to a whole new level of vulnerability. That led to artists like Damien Rice, Joni Mitchell, and Anäis Mitchell. My parents are both really into The Talking Heads and David Byrne so those weirder sounds are always in my ear, but lately my biggest influence is Phoebe Bridgers. I’m pretty blown away by how open and brutal her songs can be in terms of melancholia, but how she’s able to balance it all with such candid humor. Also, The Decemberists, Lucius, and Tallest Man on Earth.

It has been quite a difficult year but you seem to be on to something with your Quarantine Nudes series. Tell us about it.

Like a lot of people in the performing arts, I lost all of my work back in March 2020. At the time I was working really hard on my acting career and music had been on the back burner. A kind of silver lining to the pandemic for me was that I finally had the time to work on my music: getting a good deal of recording done and learning a lot more about the industry. Quarantine Nudes has been fun for me because it’s my first time ever self producing. The series focuses on minimalist or ethereal atmospheres in an effort to explore the sense of loss and solitude of the pandemic. My first single in the series was “Weight of the World” which was a pretty literal representation of the series’s thesis. I followed it up with a collaboration with fellow actor/singer-songwriter Sydney Parra covering Joni Mitchell’s “River” and it culminated in my most recent release “Brave New World.”

Your most recent video ‘Brave New World’ has an interesting backdrop. How did you make that happen?

“Brave New World” has always been this piece for me that felt like it lived in a live space – it’s my go to concert finisher because it ends on a hopeful and compassionate note. On the night that Justice Ruth Bader Ginsburg passed, I went to take a walk around my hometown and just kept playing “I Know the End” by Phoebe Bridgers on repeat. I ended up in this demolition site where the old city hall had been years ago. In the moonlight, the rubble and the graffiti looked like an apocalyptic world and I had this idea of bringing some hope to this seemingly painful space. I connected with my friend Emily Curro of Troy Foundry Theatre and brought her on as my producer the second I realized I needed a permit from the city to actually use the space (and so many other things I knew nothing about). My friend Kathleen Macari came on to direct it and all three of us together built this idea of a safe haven in the midst of devastating loss. Upstate NY production company Chromoscope filmed it and the sound was recorded live during the shoot by Frank Moscowitz. By some miracle and brilliant planning/people, we filmed and recorded it all in about three hours.

What are you trying to convey to the listener through your music?

I want people to feel like they aren’t alone when they listen to me. That whatever feelings they have, painful or otherwise, are real and valid. Music has saved my life in so many different ways (shout out to The Crane Wife by The Decemberists) and if I can bring any level of that same comfort to my audience, it’s all worth it.

We hear you have a new single coming out next month. Can you give us a little preview info about it?

My next single is called “One Day in Brooklyn” (out on April 9th on all platforms) and ironically, the only time I’ve lived in Brooklyn during the production of it is right now during the release! I wrote “Brooklyn” in the days following the 2016 election while in my senior year at Ithaca College. Similar to “Brave New World” there’s this acknowledgment of the pain of that moment, but it’s less about the silver lining than BNW and more about how we continue to march on and fight for better days to come. It was produced with a friend of mine and fellow musician Matthew Gregory.

Share some advice for other artists finding a way to pivot in these challenging times.

I think the most important thing always is to take care of your mental health and the things you enjoy. There’s a trend right now where people are monetizing all of their hobbies and I know from experience that that can be a painful and complicated thing to do. If you’re looking to pivot towards something that you have been doing mostly for fun but could be monetized, please do not forget the love of it that got you started in the first place. And maybe keep one or two of your hobbies just for yourself!

We will be looking forward to seeing where Jacob Shipley will be taking us next. Keep up on his WEBSITE. 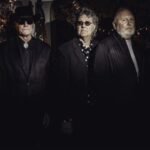 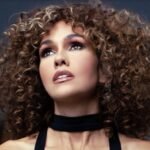