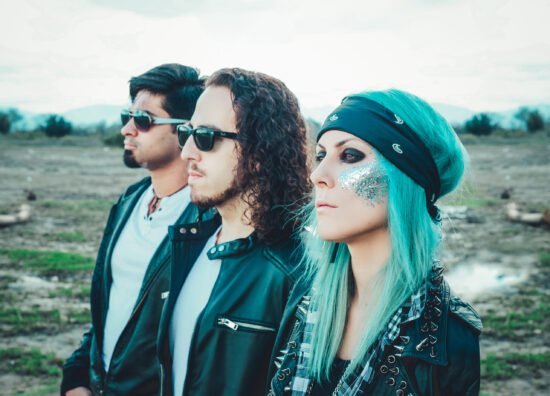 It has been a crazy and difficult year for many but music can often be the tool to a better time. Our new friends from KingQueen are here to bring the fun and attitude back as we get through this together.

We caught up with Ina, the lead singer of KingQueen to get deeper into their latest release “Live It Up”. Enjoy the interview:

First off, tell us about the name KingQueen?

KingQueen came about when I used to perform as a solo artist and when I first moved to LA I would perform to backing tracks during drag shows at this bar called Fubar. My drag queen friends would call each other queen. One night I said I don’t feel like a king but I also don’t feel like a queen. So one of them said “nah you’re KingQueen.” And ever since then that became my stage name and later on the band name.

I would say it’s edgy, poppy and melodic. Some of our songs makes you want to dance and others are a bit more sing along stadium feel.

Which artists have had the biggest influence on KingQueen?

Personally I wouldn’t say it’s the style of anyone’s music really but definitely the attitude and drive behind some artists that have influenced it. Joan Jett, Michael Jackson, Guns N’ Roses, Queen … but again it’s not the sound it’s the inspiration of what they represent and the originality behind the music and song writing.

What motivates you to create the music that you do?

People. I think pain is a curse and a blessing. We go through life learning something new every day. And I think if you have a platform where you can make someone else feel better then you should spend your life being dedicated to do exactly that. – Making people feel better and give them a good time.

Tell us about your latest single “Live It Up” and the cool music video that goes along with it.

This song was a lot of fun to work on. We wrote it in like 15 minutes. We got together and just jammed it out. It was a crazy good feeling.

Then Covid hit… and I wasn’t sure about releasing it until I realized – again – people need a good time.

When it comes to the music video I wanted to do something Covid related and also about people coming together fighting this thing! I didn’t want to disrespect anyone who has had family or friends pass away so me and Naemi Jaworowski (who did the animation) really spent time trying to make it a fun Covid video and still respect the fact that it is out there and people are still suffering. I’m very proud of how it came out. Also, at the end of the video you see my cat.. who passed away in March and I was able to do a tribute to him through this. He is tied into this whole Covid mess and so if you were wondering “what’s up with the cat in the end of the video?” – well that’s my boy Neymar.

What do you hope the listeners will take away from your music?

That they are not alone. Everyone falls and everyone can get up again.

Share some advice for other bands trying to get noticed in the crowded independent music scene.

Focus on today and not just the end goal. Don’t forget to celebrate all the victories along the way. Don’t compare yourself to anyone else. There’s only one you! And be gentle with yourself.

Give us a look at the future of KingQueen?

More more more! Working on our next EP right, performing some fun live shows around California and can’t wait to go on tour in 2022!!

Keep up with more from KingQueen HERE. 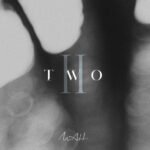 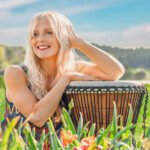