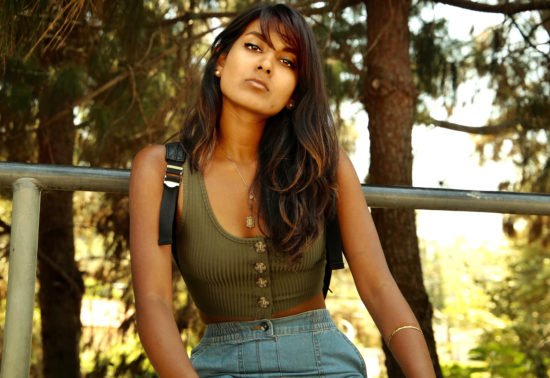 All musicians must take thier own personal experiences and build their own unique sound with them. Our recent find MALSI is about to release a new album of her electro-soul sound. We had a chance to chat with the rising star and get a little deeper into her music. Enjoy the interview:

First off, tell us how the name MALSI came to be?

Well, my friends would tease me in college, calling my alter ego MALSI, and after awhile it just stuck. It became a kind of secret nickname for me. I looked it up, and discovered it meant “temple,” in a language called Lojban which was developed by the Logical Language Group. It intrigued me, especially because I found the name “Malsi” used in India and Russia. I just thought, “What the heck is the Logical Language Group? What does that even mean?” Anyway, I leave you to your devices to figure that one out.

That’s a hard one. It’s very unique. No one I’ve met can put my music into any one category, and honestly, neither can I. To this day, I’ve called it R&B/electrosoul, because my vocals are often compared to that of R&B singers, but my background in singing is mostly in Bengali (the language of Bangladesh, where my parents were born). Training intensively as a Bengali singer geared me up to sing jazz and R&B in school, both sounds I’ve embraced in my music and in bands I’ve sung for. I also love R&B and electronic music, so that definitely influences me during the production process.

I can’t put it on any one artist. Since I was 5, I mostly sang (and listened to) Bengali music – I sang a lot of songs by Kazi Nazrul Islam and Rabindranath Tagore. So, in some ways, I would say their music influenced me the most. Don’t get me wrong though, I listened to my fair share of top 40’s music while I assimilated to American culture. I still listen to pop a ton when I go running in the mornings. When I’m just chilling though, I love listening to Sade, Janelle Monae, SZA, Jorja Smith, and H.E.R, and discovering all types of new artists.

After being in a pretty successful band, what pushed you to start a solo career?

Well, the band I was with in college broke up. All of us are some variation of nerd. Some went to study Physics or other sciences in grad school, while I decided to wait on grad school to teach Theatre and Yoga at a charter school. Teaching actually motivated me to move to Los Angeles to pursue my dreams, because even though I enjoyed it, I had what felt like a gaping music hole in my life. Something in my brain just said, “stop being scared, get your a** to LA, and make it happen.” So, I went for it.

Often, I’m just humming a tune harmonizing with whatever’s on the radio and it feels good in my body. I get a kind of head-high — it’s really weird, I won’t get into it. If the tune moves me, I sit in my studio and play some chords and track them. I might add some bare-bones drums and synths, and then I start recording background vocals if it feels right. If I don’t feel totally ready to track vocals, I’ll play the beat/chords I’ve written on repeat and start writing lyrics. I usually write all of my lyrics in less than an hour, but I edit them as the days pass and I fill out the song. It’s really fun.

There is a rumor that you have a new full-length album coming out this Fall/Winter. What can you tell us about it?

Yes, it’s called chem class. All I can say is that it embodies emotions I’ve felt since I was a teenager, and it captures meaningful moments I’ve shared and embraced since then. I also have to mention that one of my close friends helped me order chem class so it makes sense sonically and story-wise (he’s a bit of a genius with stuff like this). I’m not-so-quietly trickling the album out song by song – but not in the album order. So, when the full album is released in its proper order, I’m hoping people will enjoy deciphering it. The first single from it, “DOWN,” drops this Friday.

What do you hope the listener takes away from a MALSI song?

A lot of my songs are about love – and not just the romantic kind – even when you drown in it. I hope people who listen to my music can feel like they can keep head up high and keep falling in love with life, even when terrible things happen.

Don’t live in fear, even if it’s just a small part of you. Easier said than done, for sure. Also, I’d tell them, you have to fail – and expect to fail – before you succeed.

What does the future hold for MALSI?

Also, pre-save “DOWN” on Spotify (dropping Friday the 13th) 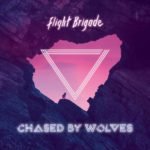 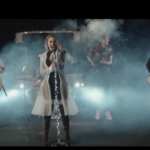