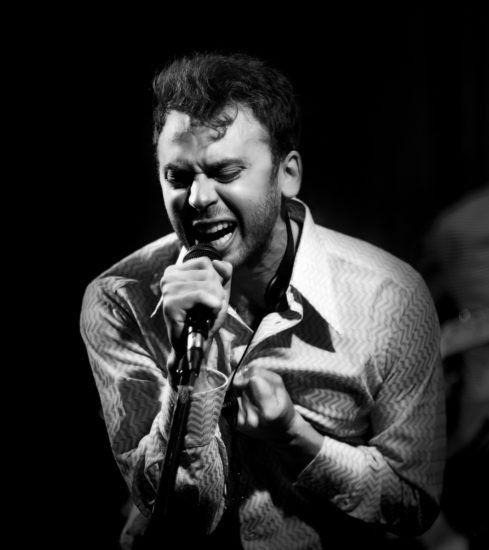 First off, how did the name Merc & the Montclairs come about?

The name comes from the song “When Big Joan Sets Up” by Captain Beefheart & the Magic Band. If you know Beefheart, this is a pretty whacked-out song about a woman with strange body. At one point in the song, the music cuts out and Captain Beefheart says “a turquoise scarf and silver rolled up over a Merc Montclair”. It’s the one line in the song that has nothing to do with the song’s subject, he just starts talking about a car (specifically a Mercury Montclair), for some reason. It comes in and leaves abruptly and in the middle of the song. It jolts you and confuses you. I love it so much, and I made this group with that feeling and idea at the forefront of my mind.

Your sound is a little difficult to describe. How do you describe it?

It’s difficult because the sound is always prone to change, not because we’re bending or defying genres really. Songs typically start or end with rock, but we like to travel to other places, this includes free (I hesitate to say it) jazz, noise, pop, doo-wop, acoustic, etc. Sometimes there’s three electric guitars, sometimes keyboard, saxophone, electric mandolin, fretless bass, standup electric bass, etc.

Which artists have had the biggest influence on the band?

It was originally one way and then it changed. I started this project by recording demos in my basement, which meant playing every part of a song myself… and I’m not a drummer or a piano player. The full band (Cale Weir, Rachel Bellone, Tago Mago, and Jason Shory) then came together and we worked out the songs (and changed and improved them) from those recordings. There has since been new songs, which get done by me recording something on guitar or bass as the bones of the song and then the band listens to that recording and we work out everyone’s parts and what instruments should be used. The band is smarter than me so this usually involves the song evolving into something better than want I had originally imagined. I try to write the lyrics for a given song in one sitting and then edit later. First thought, best thought… and often weirdest thought. This often means I’m left with something silly and non-sensical… which I like… it can be fun. I like when lyrics are funny. There’s enough sad songs out there, but there’s some space in the laughing realm.

We hear the live shows are quite interesting. Tell us about that energy?

The sound changes frequently and in a live setting that seems to command audiences’ attention a little bit more than a band that commits to one genre. We can snap from doo-wop to free jazz pretty quick and I like to imagine that commands a certain amount of attention. I also like to interact with the crowd as much as possible. Going to see a live show should involve some interaction or and least some acknowledgment that the crowd exists beyond saying “thank you”. I don’t like going to shows and feeling like I’m spying on a band rehearsing.

What do you hope the fan/listener will take away for a Merc & the Montclairs song?

I just hope they notice that we care! That these songs were conceived with a sense of play and spontaneity and then honed and executed with diligence and… care!

Share some advice for other artists creating truly unique music?

I don’t think I’m in a position to give advice quite yet. Unless having 30 monthly listeners on Spotify can give you that authority. Although, if you’ve recorded music and are wondering whether to release it or you’re thinking about starting a new musical project with no past experience, I’ll say this: Don’t be afraid to suck. Trying and sucking can actually be fun. And if you’re having a good time and there’s people around you doing the same, then what you’re doing is worthy. Make music with and for your friends, fuck everybody else.

What does the future hold for Merc & the Montclairs?

We’ve got quite a few shows booked locally (Toronto) in bigger and better venues than we’re used to. Hopefully playing in Ottawa and Montreal in the summer and recording another EP before the end of 2020. 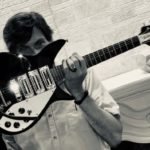 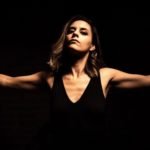