Once a musical mission starts it will keep rolling along. The joy of creating something with meaning pushes this forward. We recently came across Podsongs that shows this to be absolutely true. The music is creating good for the world.

We caught up with founder, host, and songwriter Jack Stafford to get a behind the scenes look at what he is building. Enjoy the interview:

First off, give us all an explanation of what Podsongs is?

Podsongs is a podcast where we interview inspirational people as inspiration for a new song. We’ve spoken with authors, scientists, journalists, philosophers, psychologists, activists, lawyers, who have large followings and written songs largely based on their books. In the first year we’ve recorded 100 episodes and well over 100 songs.

How would you describe your musical style?

On me personally were greats like The Beatles and Dylan who combined poetry and song, meaning and message.

What drives you to keep the podcast interviews going and creating songs?

The continued evolution of the process. Because this is not something anyone else has done before, I’m continually evolving my ideas as to where to take the format. The most satisfying episodes/songs have been those for good causes (#plasticpollution #cleanair #animalrights) and we will now focus just on writing Songs For Good.

Tell us about how the songs come together?

I write the embryo of the song straight after the interview, a verse and a chorus on guitar and record it to a click track, and then I go into the studio with a team of musicians and replace the guitar with other instruments to create something fully formed.

Every song has a unique lyrical message and the listener can digest the key ideas from a book or a philosophical argument in just 3 minutes. It’s also much more memorable

Share some advice for other artists trying to make a difference.

Have something to say. Songs are more than just music – make a statement and you will make a difference

What is next in the journey of Jack Stafford and Podsongs?

Podsongs is switching to a program format. So I will stop writing songs and singing and step aside to allow other artists to come in and experience the magic of Podsongs. I will still present the show but put most of my energy into marketing the show so it can reach a wider audience. The guest musicians will choose an issue that they’re passionate about and we will interview someone knowledgeable about that subject.

Continue keeping up with Podsongs and more HERE. 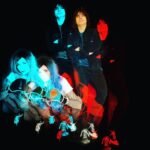 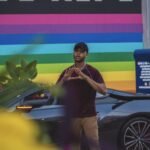