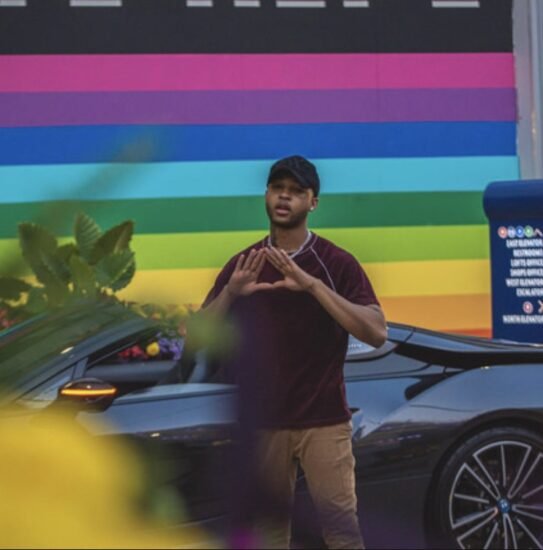 Looking for a song with a fresh beat that’ll have you swaying along to the music? Leol’s newest song “Move” might be just the thing for you!

Iyan Leol is a music video director, recording artist, and highly acclaimed producer based out of “the windy city” Chicago, Illinois.

As an emerging artist Leol has been doing pretty good for himself. His hit single “Type” has received praise from a number of media channels, and he has been gaining a lot of traction on his Spotify.

Leol has been gaining steam on Spotify. His single “Call Now” which was released last year, is his most streamed song on the platform currently sitting at 114,477 streams.

With his fresh take on hip-hop that blends percussion and trap to create a melodic, soulful, and sexy sound that is all his own, Leol is the hottest thing to come out of the Chicago music scene in a while.

Leol’s newest single “Move” is proof enough that he is going places with his music. It’s seductive, upbeat, has a catchy hook, and the different melodies throughout are sure to have you moving along.

Upon first listening to “Move”, I really enjoyed it. The more I listened the more I found myself moving along to the beat, which I think is the whole point of the song.

The song has a great blend of R&B and pop that gives it its seductive and upbeat sound. The mix in genres also shows the diversity of Leol’s music.

It’s a little different in comparison to some of Leol’s other songs that have a more dark and moody vibe to them.

With his discography featuring songs that are dark, moody, dancehall/reggae, seductive, and upbeat, it shows that Leol has a talent and interest in experimenting with genres, which is what music is all about.

Michael Haas of the Music Existence blog said that “Leol is seemingly the full package from where I sit, and it will be fun to see where he ends up with this sound in his proper debut LP”, and I definitely agree.

Leol is set to release his upcoming single “Savages” next month, which I’m sure will be just as catchy and move-worthy as the rest of his music.

If you’re a fan of Drake, PartyNextDoor, and Wizkid, I’d highly suggest giving Iyan Leol a listen! He’s just getting started, and I’m looking forward to watching him continue to rise in the hip-hop industry.

Keep Up With Leol