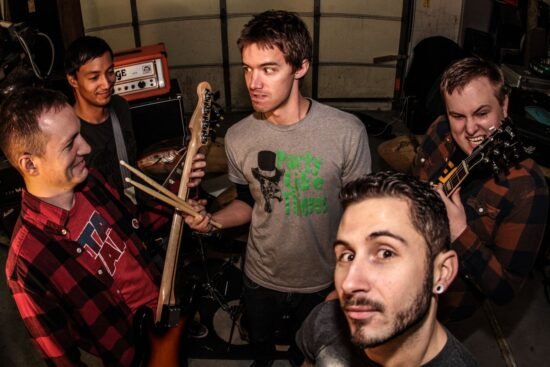 When the pure joy of making music is enough for a band, great music will come. The best buddies from Poor Me have been at it since 2010. Not to become rich and famous but just for the satisfaction that it gives them. New album Stalemate is catching attention from fans giving them the desire to keep going.

We caught up with the punk rockers to get a little deeper into their story. Enjoy the interview:

First off, tell us about the name Poor Me?

There were a couple angles when deciding on the name. We don’t come from rich families. We don’t aspire to get rich, and you stay grounded when you don’t quickly forget where you come from. That first angle is just sort of descriptive of the founding members. The other angle is a lot more tongue in cheek. Anyone who checks out the lyric sheets will see there isn’t much self-pity in the songs. We aim for inspirational, analytic, and empowering messages.  The world is often such an inhumane place, and we all grew up on the political punk rock that gave us needed distraction and direction in our formative years. The name suggest we don’t wallow in despair, but do something impactful.

The sound has changed quite a bit over the years, but I’d say Poor Me is for fans of Bad Religion, Thrice, The Flatliners, Strung Out, Bayside, Hot Water Music, Anti-Flag, etc. I’ve never been able to answer this question well. I’ll cheat and share a snip from the latest bio we commissioned out. Whether others agree or not, I can’t say, but it makes what we’re doing sound pretty badass.

“Poor Me is an alchemical merging of charged aggression and killer songwriting. They bark melodies that stick like glue. Their songs crescendo into big choruses and bigger pits. Catharsis comes and goes in a mass of sweating bodies, fists raised to the stage. This is skate punk dragged into the now—where fast drums, muscular riffs, and razor-wire lyrics unite to document a world more fucked than ever.“

Poor Me has been making music since 2010. How have you kept the fire going?

We’re best friends, which is great for chemistry and keeping drama to a minimum. We still have the hiccups like any other project, but good will comes through quickly. I love these guys. They know that, and they tell me the same. As for the music, the motivation comes to you in droves when you comment on injustice, selfishness, forgiveness, empathy, etc. We negotiate how we feel about these things daily. Music is how we sort it out.

How does a song come together for you guys? What is the songwriting process?

The writing process has also changed over the years. It may be surprising that our drummer writes most of the strings lately. So, I’ll take a demo, add some vocals, restructure the song in my DAW, rewrite vocals, restructure again, maybe ask that additional sections be added based on that direction, and then we do lots of layers and choose from the options. All Poor Me songs are heavily revisionist. I don’t think we’ve ever written a song over the course of just a couple sessions, which would be nice, but we have commitment issues or something. So yea, we could only exist in the digital age or nothing would get done.

Does the title of your new album Stalemate hold any significance?

Yes, it does, but there’s a lot to unravel if I touched on all the reasons I fell in love with the title to represent these songs. Stalemate is a chess reference, thematic of our King-piece logo, and represents an endgame condition where no further action is possible. There’s a lot I like about that, especially when you apply it to life. Things are rarely black and white, and the sides we are expected to take usually don’t exhaust all the options. But to recognize those options, we have to think, deliberate, and refuse to settle. I say in the blurb I wrote for the record, which can be found on our bandcamp, how we permit others to feel can be as revealing as speaking from the heart. Like in chess, the best moves require a look across the table, to step into the perspective of the other player, if we are to make the best moves.

Check out the Stalemate album by Poor Me here:

What can you tell us about the 10 track record?

I might defer to the blurb (poorme.bandcamp.com/album/stalemate) to answer this question since it’s already been said at length there. I’ll also be blogging a track by track on our website (poormemusic.net) for anyone that wants to know more about every song in the next couple week or so. But the record includes 5 remixed/mastered tracks from our 2018 Sugarcane EP and 5 unreleased. We didn’t put a lot of money behind the 2018 push, so we wanted to reshare it on a full length in new packaging.

Share some advice for other bands trying to hold it together for the long haul.

The only advice I could give would be to ask yourself why you’re doing any of it. I don’t have much advice for those looking to make it big or strike it rich. Poor Me is a passion project. But if you want a loyal following, write your music with the reason you’re doing this in mind. Make sure you’re proud of the product and don’t get bogged down on the reception. I’m a believer that those reasons will come through to your listeners, and your listeners will appreciate the authenticity.  If that’s not enough for you, flood your creative passions into something else. Don’t limit the format. That advice has been enough for us.

What is next on the horizon for Poor Me?

We’re just going to keep doing what we’ve been doing. The best part of this band is getting everyone together for practice. We talk about life, society, politics, then get down to writing songs about those things. I’m sure we’ll book a tour, but with the latest set of songs out there in the world, I’m ready to get back to composing.

Keep up with news and more music from Poor Me HERE. 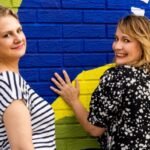 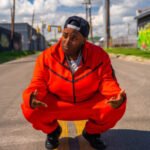