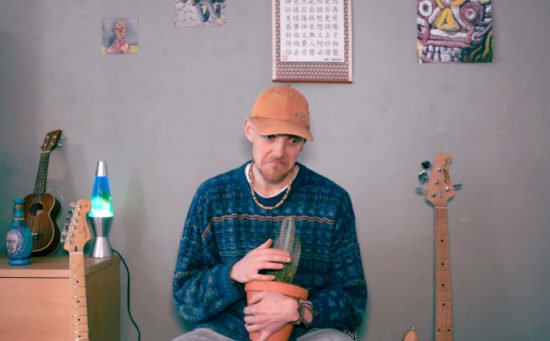 As we are all dealing with this crazy and unforeseen time in our history, musicians have to come up with unique ideas to entertain their fans, and themselves. Our new friend Robo Dukun put together a very interesting video for his latest track ‘Slompy Dockens’.

We had a chance to chat with the bedroom artist as he prepares to slowly go insane, lol. Enjoy the interview:

First off, what is the story of the name Robo Dukun?

It roughly translates to some kind of witch doctor/ shaman from the future. Being especially prone to self doubt, I wanted to create an ‘over the top’, intentionally laughable character to hide behind, to allow myself to be more experimental/ ridiculous with my ideas. If anything, it allows me to be even more personal with my lyrics, as I can just blame everything I say on Robo Dukun.

I call it ”One Man Psychedelic Bedroom Funk.” I combine solid, hip hop/ funk style rhythm sections with warbly, alien sounding guitars and synths in an attempt to make psychedelic music and ideas more accessible. Vocally, I’m often playing a character, based on an exaggarated specific aspect of my personality. In certain tunes, I’ll try and take an almost self assured, over confident ‘rap’ style vocal, whilst talking about how pathetic and questionable I am. I want it to be consistently fun, but also somewhat poignant.

Using a loop pedal is a massive part of my creative process (and current live show setup) and it was Reggie Watts who inspired me to get one; as well as helping me to develop my nonsensical vocal rambling. Aside from that I take inspiration from artists such as Tribe Called Quest, Burt Bacharach, Aphex Twin, Shuggie Otis, Frank Zappa… my preference changes dramatically every day, depending on which side of my brain wakes up first.

I feel like I’ve got a lot to say, and music is the only way I know how to say it all. I guess that if someone’s listening to a piece of music, they’re completely hypontized by it, so through lyrics you can (in theory) get people to do anything you want. Music has played such an important role throughout history, and we’re now at an age where you can easily share it to the entire planet, the prospect of which feels pretty special. It can get pretty obessive. Most of the time I’ll be sat there, fresh out of dopamine but unable to stop. If only I could apply this level of committment to something that actually made money…

Tell us about this recent music video you made for ‘Slompy Dockens’?

Well, I had big plans for this video, involving other people and loads of interesting locations; all of which became impossible (or at least illegal) due to the COVID 19 lock down regulations. I was left with only myself and my bedroom. Luckily, I think the video works perfectly given the vibe/ lyrical nature of the tune; another example of limitations working to my advantage. It consists of several shots of me petting a cactus and going insane- take from it what you will.

Intense feelings of joy and confusion… I’m trying to spread philosophical messages about the planet and our faulty minds, in the most ridiculous and fun ways as possible. Music doesn’t seem to be used for activism much these days, which is a shame considering how powerful it can be. It really is hypnotic! I’m trying to do it in a satirical/ self depricating ‘me too’ kind of way.

Share some advice for other artists creating music in their own lane?

Be your own target audience and try to make something that you wish existed. Getting too caught up in the industry side of things; writing to briefs, trying to mirror artists that you admire etc, might seem like the most efficient route to success, but there’s still a lot of hard work involved, most of which will be completely joyless. Working on something you’re truly excited by and proud of is far more rewarding, as well as being exactly what the music industry needs more of.

How does the future look for Robo Dukun?

Hard to say with this pandemic still in full swing! Not just for myself but the live music scene in general. Luckily, a crisis like this seems to be a ripening agent for creativity so hopefully we’ll see some sort of long overdue artistic revolution. My first point of call when the world starts turning again is to get a full band setup going and spend a little more time outside of my bedroom. 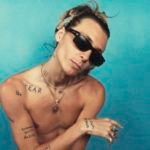 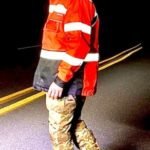 Working Memory Is Out There ‘Searching’