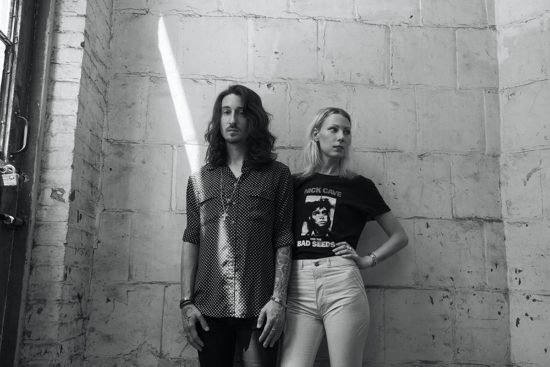 The art of music is an amazing thing. Inspiration can go in multiple directions. Songs inspire songwriters, and songwriters aim to inspire listeners with their art. The cycle continues with our recent find Songs For Sabotage.

We caught up with the Brooklyn, NY based duo for a deeper look into what inspires them and how they aim to inspire others. Enjoy the interview:

First off, tell us about the name Songs For Sabotage?

We got the name from a book of visual art we found at the Strand (NYC bookstore). The cover had an image that looked like billowing smoke from a plane crash with ‘Songs for Sabotage’ written across the top. We were both unhappy in our respective bands at that time; we felt the songs we’d been working on together had contributed to our decision to actually quit those old projects… neither of which could continue without us. Thus, they were ‘Songs for Sabotage’. We thought it was a funny coincidence but also had a deeper meaning. We took a photo of it and started putting our new songs in a folder called ‘SFS’. So it stuck.

How would you describe the bands sound?

How does the band create a song?

We write/arrange everything acoustically on guitar/bass and then build out the beats/electronic elements. A general rule for us is the ‘unplugged test’ – the song has to sound good stripped down (i.e. without drum machine/synths) before we even consider programming a beat to it. Once we’re stoked on an idea we usually make a loop on the MPC or JDXi (synth) to start refining the groove. After that we’ll start piecing it all together in Logic. Then we export the drums back into the MPC and start trying to play it live. Lyrics randomly fall out of the sky for both of us – before, during, and after a song has been arranged.

What is your process?

Our process usually starts with something as simple as a cool guitar riff, interesting lyric or melody… but we leave a lot on the cutting room floor in the pursuit of making a song polished and succinct. We’re open to any type of potential influence while also being highly critical; nothing is off limits but a lot of refinement will be involved.

Your new music video for “Fire” is minimalistic yet powerful. Tell us about the making of that?

Minimalism is certainly a conscious theme/aesthetic of ours. We shot it in one day at Milk Studios in Manhattan back in November of last year. The concept and set design were [director] Nick Bean’s ideas. Since it was our first video and involved such a professional crew, we purposely left a lot in their hands. We did pick our outfits though!

What do you hope the listener takes away from a Songs For Sabotage song?

Share some advice for other bands making interesting music?

While it’s always important to have specific references for what you’re trying to communicate, you should ultimately aim for something that is personal, unique, and honestly reflects who you are as an individual.

What does the future hold for Songs For Sabotage?

Continuing to write, produce, and perform but on a more global scale. We plan on touring and releasing music in hopes of gaining supporters around the world. The most exciting thing for us is reaching people emotionally with our music, in the same way, we have been emotionally impacted by others’ art. We’ll aspire to that for as long as we’re around.

Keep with more from Songs For Sabotage on their WEBSITE. 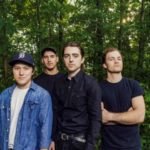 'Desert Heat' Heats Things Up For the Michigan Rattlers Previous
Echosmith’s New Single Will Be “Stuck” In Your... Next