Echosmith’s New Single Will Be “Stuck” In Your Head 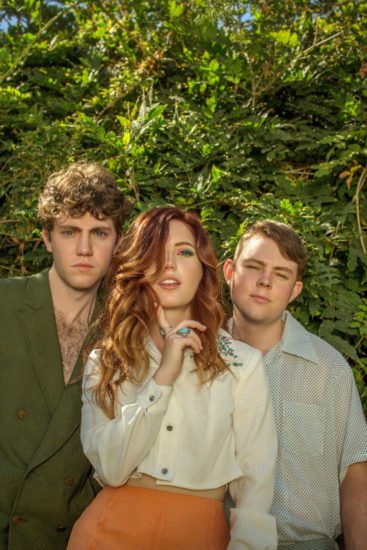 Multi-platinum trio Echosmith is back with another stunningly beautiful song, “Stuck”, promoting their second album, Lonely Generation, which reached #2 on the iTunes pop chart and #11 on the iTunes overall album chart.

“No one wants to feel trapped, so we wanted to capture the feeling of that and the tension that comes with it, both in the song and the video,” lead vocalist Sydney Sierota said.

The bassline is nostalgia-invoking, the beat being reminiscent to that of 80’s dance-rock. Sydney’s hypnotic, angelic vocals echo throughout the song, but sound especially rich in the chorus where she sings, “I’m stuck inside this roller coaster. I wanna scream, but I just can’t get out,” showcasing the agony felt when “stuck” in a feeling of confinement.

The location in the accompanying music video directed by Danny Drysdale, renowned for working with The Killers, is a desert, visually conveying the loneliness of feeling isolated with the band contrasting the perceived ambiguity of it all. Explosions go off behind the band, as they stand fiercely in front of an unenthusiastic audience, juxtaposing the spectacle before their eyes.

Sydney described the song and video as, “A random and deserted setting, with an over-the-top fashion show, with fire and explosions. Despite the glitz and glamour, no one is impressed, and it just makes you feel a bit strange. Capturing the tension that lies in the meaning of the song was important to us because it lets the lyrics have a life of its own.”

The band’s style and sound has evolved from their triple-platinum hit “Cool Kids”, further cementing their increasingly dominant role in the new wave, indie-pop genre.

Echosmith is embarking on their North American Lonely Generation tour on February 12 in Washington D.C., traveling from coast to coast before ending it in Los Angeles on March 5. The anticipated dates for their tour are detailed below.

YOU CAN CATCH ECHOSMITH ON THE LONELY GENERATION TOUR 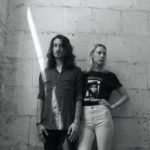 IBG Interview - 8 Questions With... Songs For Sabotage Previous
Lulu Musiq Drenches Us With 'Summer Rain' Next 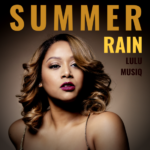 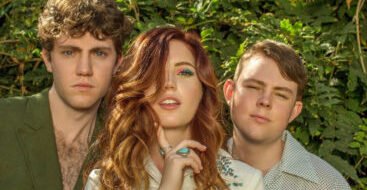 Echosmith’s New Single Will Be “Stuck” In Your Head

Chris Ellenwood – Hip Hop For Himself