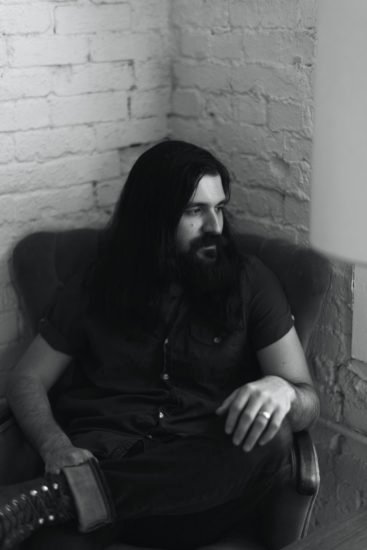 The music industry continues to change. Artists must be willing to adapt and try out new strategies with releasing their music to the world. Our recent find Steven Dunn is out there experimenting while still putting forth music that sticks to the rock ethos. We had a chance to chat with him about where he is now, his release strategy, and his future plans. Enjoy the interview:

With all the interesting monikers in the indie rock world nowadays what made you decide to stick with Steven Dunn as your artist name?

I’ve played in a decent number of bands and every time they break up you’re back at square one; starting over. After the last one, I decided to go under my name as a solo artist so that I wouldn’t have to ever lose my songs again. I didn’t really give it much thought at the time, but playing under a stage name is something that I don’t know if I would feel entirely comfortable with.

Johnny Cash, Death Cab for Cutie, and a lot of the bands in the Bloomington, IN music scene when I was growing up: Husband and Wife, Frank Schweikhardt, and Rodeo Ruby Love.

Tell us about the songwriting process of Steven Dunn?

My process is never standard for songwriting.  I’ll write music first, write poetry, or have it all come to me at once.  A lot of the songs I have been writing recently I’ll use voice-to-text while driving on tour, or sing random melodies into voice memos and hash them out later.

Your 4-part EP series “GOD-LOVE-AND-DEATH” seems to be full of meaning. Tell us the story behind it?

I was inspired by one of my favorite songwriters, Johnny Cash, to write this series. God discusses religion and spirituality, Love is what you’d assume – a series of love songs, Death follows a serial killer for the sake of discussing morality, and And is a B-sides compilation.

It seems you are using an innovative release strategy for your music. What is the goal of that?

I’m not really fond of the singles culture that we live in with music, so I set out to always write a complete piece of work. When I initially had the idea for the series, I thought about doing a double EP, but it seemed fun to divide them into their own sub-categories. I then partnered with one of my friends, Sissy Dinkle, to create the cover artwork. When you have all four albums the artwork reveals one complete picture. I wasn’t necessarily thinking of a marketing strategy, but rather seeking to create something that I would want as a consumer.

What advice would you give to other artists moving on their own path?

Never be discouraged by rejection, and don’t be afraid to put in the work.

What are the future plans for Steven Dunn?

I’m working on tracking an album to release in 2019 and going to Europe for my second international tour. In the immediate future, I have a few music videos coming out for the God, Love, And, Death series and Death will be released at the end of October. 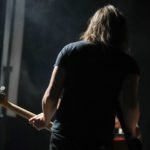 Your Big Break Abroad - What You And Your Band Mates Should... Previous
'MY WORLD NOW' SEES THE RETURN OF 7KINGZ Next 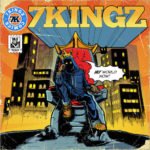