Jaco (Jake Waitzman) Is Sure That ‘You Know’ 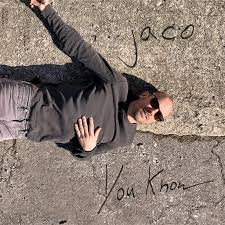 To say that 2019 has been an interesting year for American indie rock would be putting it quite mildly. A lot of surreal, somewhat unfinished ideas and concepts have been coming to fruition for established acts, while newly solo artists like Jaco (more commonly known as Jake Waitzman in his local Magic City scene) have been toying with experimentalism and developing interesting new sounds that aren’t the easiest to categorize by conventional genre standards. Jaco’s first official studio album, You Know, is a mashup of retro alternative rock, postmodern pop melodies, and elegant, almost shoegaze-inspired riffs, and it’s got critics from one side of the country to the next singing its praises this month.

“Blackboard” struck me as being one of the strongest songs on this record right from the get-go, and I think that it’s because of its blunt lyrical premise. Jaco doesn’t play any of the typical pop/rock games with us in this track, nor any of the material that we discover on You Know; if anything, he’s putting a lot of energy into making every song here represent a unique layer of his still-emerging persona. He’s raw in numbers like this one and “Shoe,” and his organic emotionality contributes to the charisma of the content substantially.

I think that “Reservoir,” “Again,” “I Don’t Mind” and “For Myself are a little more stimulating instrumentally than they are lyrically, but at the same time, I wouldn’t deem the words that they do contain as being a compositional afterthought. When we examine the intricacies in You Know, it becomes more than evident that Jaco was intent on making every part of this record – from the fine-line textures of the percussion in “Lavabo” to the deliberately shrill synthetic intro at the start of “On the Ground” – an agent of evocation, and while he doesn’t hit the mark every time, it’s clear that he has the chops to make something that is both sonically complex as well as relatable to occasional pop listeners as well.

“Your Way” and “Say Goodbye” could have used a bit more polish than what they ultimately received in the master mix, but I think I can understand what Jaco was going for in these two tracks (and to a lesser degree, “All Your Love”). For as sparkling a varnish as it features, this mix does have some aggressiveness to it, and if every song were boasting the same sleek, refined stylization that one would find when browsing the FM dial, You Know might not be as amazingly endearing as it is. There’s never any doubt as to the authenticity of this piece, and part of the reason why is rooted in its unfanciful tone.

There’s no shortage of good music seeing widespread release this year, but it’s my opinion that you’re not going to find anything quite like the brute force that Jaco’s You Knowinarguably is amongst the new arrivals. This album demands a reaction out of those bold enough to press play on any of its eleven tracks, and while it’s obvious that its creator could probably produce something even more cinematic were he to expand on the blueprint set forth by this LP in the future, these songs are still far and away some of the most muscular that I’ve had the pleasure of spinning lately. 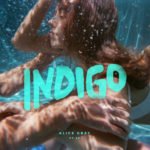 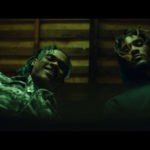