Jas Frank & the Intoits Are Not ‘So Far Away’ 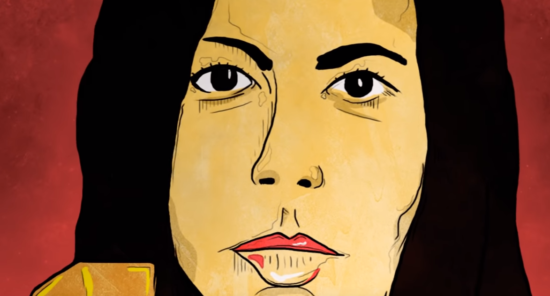 With the robotic consistency of a metronome, black and white percussive beats come marching into focus with a rich subtlety that will be mirrored in the fluttering fretwork that joins it only moments later. The strings are playful and full of moxie, but they’re subdued by the simplistic master mix that they’re filtered through, leaving only the core essence of their melody intact as Jas Frank starts to sing. In the saturated animation that we see in the lyric video for this new single, “So Far Away” (from the one and only Jas Frank & the Intoits), there’s just as much color to behold as there is in the textured harmonies that capture our hearts in the track when it’s played by itself, without these vibrant visuals. Here, minimalist song structure meets larger than life lyricism, and though the contrast between the words and the music couldn’t be much more aesthetically pronounced than it is in this single, “So Far Away” makes for a surprisingly smooth addition to any spring playlist lacking a mighty melodic nucleus.

Despite being just a lyric video, the imagery that we see in “So Far Away” is stimulating and smart, making it a worthy counterpart to the soundtrack that it celebrates in such a cultured manner. We get a clarity to the narrative in this video that isn’t as easily attainable when we listen to the song amidst the others in The Girl from Cherry Valley, the debut album from Jas Frank & the Intoits out now everywhere that you can find intelligent indie music, and that alone makes it a worthwhile watch. While the track is admittedly built on the foundation of simplicity in most every sense, this isn’t to say that it’s lacking substance in comparison to what the other songs on The Girl from Cherry Valley have to share with us. This band wants to tell us a story not only through their lyrics but with every element of their songcraft, and though it would be a lot easier to take these catchy beats and soak them in distorted riffs, angsty political prose and less than erudite euphemisms of the cheapest variety, Frank and her bandmates don’t sell us out in favor of following a populist (and ill-fated) trend.

This is some really great material from a group that is proving to be skilled at pleasing both sides of the dial without coming across as a halfhearted hybridity in a sea full of imitators. They’re finding their footing in the international pop scene without a lot of assistance from the press, and I think that they’ve shown enough potential in “So Far Away” to justify a little bit of attention from mainstream critics as well as devout stewards of indie rock like me. The Girl from Cherry Valley is definitely among my favorite LPs of 2019 thus far, and if you were to ask me to point you towards a song that sums up its content without overstating the identity of the band behind its design, this would be the track that I would send you to. There’s a lot to talk about in music this spring, and Jas Frank & the Intoits are becoming one of the more interesting stories of the season for sure. 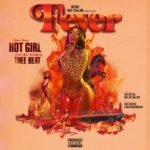 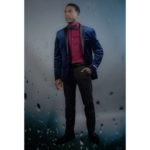