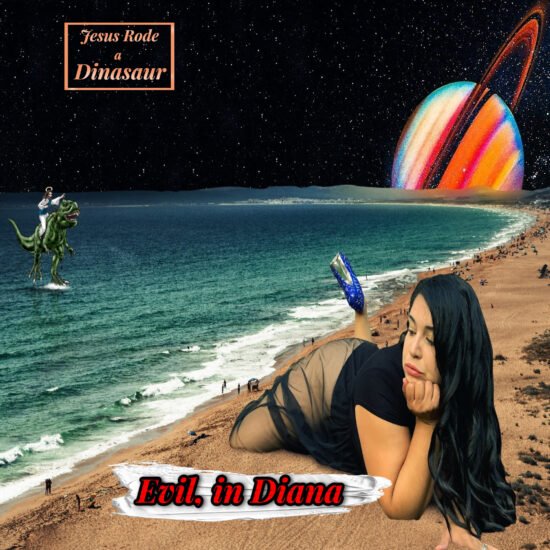 Something that seems to have gone by the wayside over the last few years is the compilation album. Spotify has taken over the playlisting aspect of music. But they often take you in such a strange musical rabbithole that the listener gets lost. Our new friends from the Jesus Rode a Dinosaur record label are bringing back the art with their new compilation album Evil, in Diana.

With the shift in the music industry over the past decade, major labels have lost their stranglehold on our musical consumption. Independent labels have been able to expand and choose their own direction. Now these labels can get their music out into the world with fewer barriers. The Jesus Rode A Dinosaur label works with all styles and genres of music as long as there is originality and a passion. For this their second compilation album they hit on all of this very well.

Evil, in Diana is a journey through a slew of  genres including rock, blues, rap, and pop. The record was executive produced by label owner, Groove Kennedy. The album opens with an interesting remix of Fleetwood Mac’s “Dreams” simply titled “Fleetwood Dreams.” The alternative hip-hop-esque drums provide the new backdrop as Londoner Stir Crazy tackles the vocals of Stevie Nicks very well.

The direction changes quickly with the grunge rock feel of “One Less City, One Last Town” by Ce N’est Rien. The grinding guitars and raw vocal delivery grab attention as he powers through the song. We then turn to the soulful “Smoke” by Banner Johnson. A slowed straight drum beat gives depth to pair with Banner’s passionate vocals. An amazing guitar solo piles on to add yet another layer here.

Groove Kennedy jumps in with the super sticky “Bubblegum” which found some viral fame on TikTok. The interesting mix slides into your head with a beat that is as catchy as the hook. Good luck prying that out of your head.

The record closes with a track by spoken word artist, Matthew Madonia, who isn’t signed to the label as of yet. He recites a poem originally written by rapper Michael Barber about his hometown of Evansville, Indiana. Mixing in some sounds of “Send in the Clowns” which was made famous in the 1970s by Frank Sinatra and Judy Collins results in the truly imaginative “Pain Pills and Cornfields.”

The compilation album is a full journey into what Jesus Rode A Dinosaur is all about. No rules. Just a mix of solid sounds from a group that is out there to make the world a better place through music.

Keep up with the label online at www.JesusRodeaDinosaur.com and keep an ear for more music on Bandcamp. 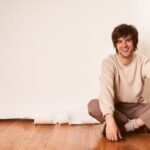 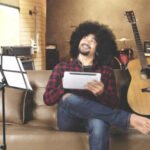