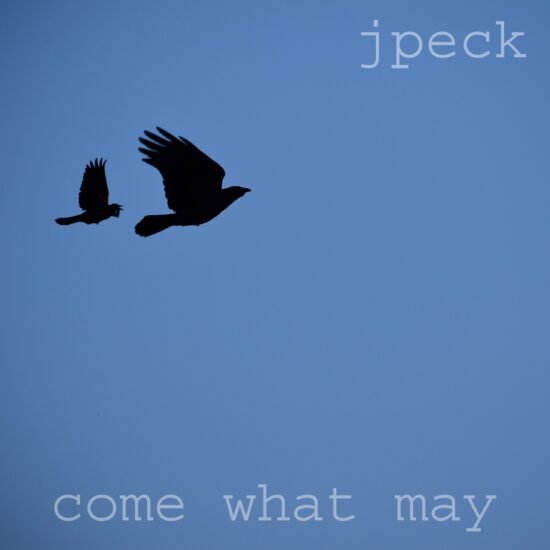 In 2004, JPeck formed the Neo-soul band Bosco and Peck. On a whim, they entered a radio station competition for local bands. They won! Not long after that, they created their debut album, A band so mysterious… You’ve never heard of them. From then on, they have continued to release new music, including the outstanding songs “Whatcha Gonna Do”, “Let Me Go”, and “I’m Not Right”. As well as releasing the albums The Burden of a Healthy Mind and Just When You Thought You’d Never Smile Again. Along the way, they have had their work featured in the movie “Pickings”(2018) and “Victim No. 6″(2020), 6 ABC’s Most Memorable Musical Moments, and  NBT Records Ride the Train Volume 23. Their latest track, “She Don’t Call Me Daddy”, is worth a listen due to the calibre of the lyrics.

Earlier this year, Lights and Lines Records announced the Album Writing Club. It was a challenge to write/record an EP/Album in a month. He says, “Not only was this the first time I’ve put together an album in 30 days, but it is also my first solo album. The original theme was the life cycle of a revolution. Somewhere around halfway through the month, I realized that I’d need to come up with a simpler theme if I was going to finish in time. The EP ended up being a snapshot of my thoughts in the month of May. That being said, the first three songs on the album are part of the original theme”. With the competition over, Come What May EP is now complete. He is ready for the world to hear what he created.

“It’s Starting” begins with an instrumental section before his voice comes in to repeat the song’s title. Afterwards, his story begins, “People open up your eyes / The dice have been thrown / Forget all the lies your fed / Online they spread / The truth is yours to own”. Fans of Bosco and Peck will notice a change in sound. There is more of a rock mood throughout this track. However, his impressive vocal presence is still there to enjoy. It has the same natural flow as you would expect and the perfect delivery for his words to stand out. It walks the line of bringing something new but giving something familiar to keep longtime fans happy. But overall, delivering something appealing to all who listen.

With only a month to create a release, JPeck and his EP ‘Come What May’ shows you can stay create something.

Opening up with a captivating acoustic guitar, “Old Misery” offers a standout moment from the EP. It delivers a stripped-back feel that lets his way with words shine. Something clear to hear from the lines, “And the paint on the canvas / It dries as he puts down his sword / Looking down from the terrace, he sighs / Cause the wanted so much more”. It is a song all about the delivery and the vocals. He excels further as he shares the hook, “I’m blaming Old Misery / You can curse the gods above / Or hearts filled with jealousy / You can blame it on the blood / But I blame it on Misery / I’m blaming Old Misery”.

“Suddenly” sees Peck let his lyrical talents steal the spotlight again. Especially with lines such as, “Unwritten unread / There’s so many words / That I have never written down / I kept them hidden in solitude”. As heard with each song, the hook stands out and makes you singalong. “Deflated” brings something a little different with its fun groove. It creates a different listening experience as he uses layered backing vocals. They are used to excellent effect, as he shares, “I’m not the only one”.

Bringing Come What May EP to a close comes “Waiting on the Rain”. It opens up with a feel-good riff on his guitar. Then, his warm vocals come in with the lines, “As subtle as a long goodbye / Too soon to weep / But there’s a tear in your eye / Dreaming of warmth and summertime / By the fading light, fading light”. The song’s mood is so different, it feels sunnier, and his tone is great to hear. Personally, this is JPeck at his best.

His guitar and vocals flow without urgency and add to the song’s charm. It gets even better as the chorus arrives. Its delivery is soothing on the ears. His range impresses during this moment, especially as he shares the lines, “All my life I’ve been sleeping / I know life is fleeting / But now that I’m awake / I’m waiting for the rain”. Also, before you know it, you’ll be singing along to “I’m waiting on the rain”.

It’s a song that may not have any frills or tricks, but it is honest. It’s a trait that is the foundation of Come What May. Here is a musician that may have had a time restraint to assemble this release but still manages to keep his music authentic. JPeck should be proud of what he has created. We hope this is just the beginning of more to come. 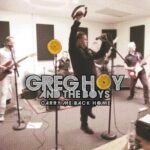