Sp8ce Owl’s “Digital Breathing” sounds fresh, glossy, crackling with life, and uses synthesizers far better than many. Don’t let that sway you into thinking it’s pushing into hitherto unexplored lands, however, no matter how stylish it sounds. It isn’t a slight to say that. Joseph Meyers’ project isn’t a hack attempt to make bank on some popular form, it isn’t a carpetbagger with keyboards bluffing his way through a techno single. “Digital Breathing” is a composition from a musical artist who hears, sees, and understands electronica/techno to be the most useful vehicle for conveying their ideas, musical or otherwise.  After hearing this track, you’ll tend to agree.

Techno has rarely sounded so complete and satisfying to my ears. Meyers, moreover, has written a track that never sounds overwhelming. It pushes forward inexorable and at a constant simmer from the outset. Listeners who hang in there waiting for one transformative change that sends the song exploding into the stratosphere, however, will likely come away from “Digital Breathing” disappointed.

It nevertheless leaves a satisfying effect on listeners. Sp8ce Owl’s method is incremental rather than laying out all its cards at once. Its merits are apparent from the beginning, synths are extemporizing for us from nearly the first second, and Meyers’ capacity for inventive melody plays endless for listeners. The synths evolve slowly, never rushing their development. He supplies supporting “percussion” and “bass” for those melodies and it takes on a surprisingly physical quality that’s intimate, in your face, rather than distanced like so much techno.

Yet it will play very well in a club setting. Meyers has an ear for rhythms that will engage his audience rather than droning on with wearisome patterns and orchestrating the tempo has an underrated melodic effect on the piece as well. The song’s beat has its own story to tell for anyone willing to listen.

The song’s video further fleshes out the song’s promise. Sp8ce Owl has a message of sorts carrying the song along, but it isn’t any sort of broadside and listeners can come at it from a variety of angles. It’s a visual marvel that takes listeners in seemingly hundreds upon hundreds of directions, inexhaustible, and viewers are excused if they sit watching their first go-around with a bit of bug-eyed wonder bedazzling their faces.

Few songs and their accompanying video clips align so well, particularly in 2022. Videos are far different today than they were when I was a child, budgets aren’t the same, and visibility and cultural influence has diminished, but there’s new life as well. Freewheeling creativity has dislodged a lot of the stodgy formula that is the genre’s traditional life’s blood.

There is a fierce “newness” burning in this song. No, it isn’t new. It doesn’t open up new worlds. It does, however, sparkle with the freshness of self as Sp8ce Owl never sounds like anything else or less than Joseph Meyers, unbridled. It will leave you like me – impressed and wondering when you will get to hear more. 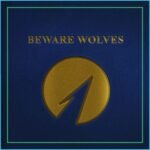