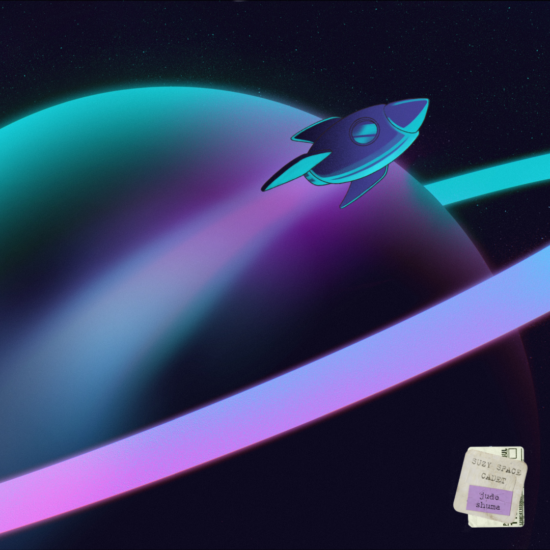 The new multimedia project Suzy Space Cadet is an album from Chicago artist Jude Shuma that pairs his music with a comic book that tells the story of a girl traveling through space. Shuma, after first releasing music in 2015 has had various songs featured on television and in movies, his warm, psychedelic lo-fi pop music lends itself to being paired with other forms of media. Each neon filled page in the comic book matches with a song on the album, throwing back to sounds of psychedelic rock and synth-pop. The atmosphere of this project is elevated into orbit with the accompanying comic featuring illustrations by German artist Denise.

Fundamentally experimental as an audiovisual project, Jude Shuma explores the universe of re-amping to create the spaced out sounds on this project. The soundscapes on this album that accompany you on your journey vary from ambient, to lush and full, frigid and chilled out reverbs, to sizzling grooves.

The whole album calls back to a more nostalgic sound, the title track to “Suzy Space Cadet” pays homage to sixties psychedelic music. The drum kit has a compressed seventies sound with a groove that throughout the whole album keeps a forward momentum like turning the pages of the accompanying comic book, filled out with eighties synth sounds and neon purples and blues. Mixing both artistic mediums and influences, this project takes you on an adventure in a dreamlike haze.

Listen to Suzy Space Cadet below:

Shuma describes this project as being “born out of the quarantine”. He has had some time to experiment and lock in this retro sound while creating a narrative that tackles themes of being unhappy with what you have, being alone and aimless, as well as returning home. In the song “SSC”, the feeling of being alone in space is transmitted like reverberations through the galaxy, echoing lines like “the stars are your only friends”.

The ending track “Flight Command” is down to Earth with a message of realizing you already had what you were looking for. Lyrics like “Spend your days dreaming of another place where you can still catch a thrill” are contrasted with “Try to understand the grass aint always greener on the other side”. This song summarizes the journey of “Suzy Space Cadet”.

Fans of music with strong retro influences in a more modern indie rock/pop setting, à la Tame Impala, will be sure to enjoy this album. Suzy Space Cadet is filled with warm sounding instrumentation, at times more on the ambient and washed out side, with quirky and bright synths build into a poppy chorus as Suzy’s spaceship flies above a shimmering cityscape in “Blast Off”, and at times turning to overdriven riffs with groovy basslines, like in “Make A Run For It” or “Kiss It Goodbye”.

This project is a futuristic take on the familiar with, nostalgic in sound and aesthetic, adventurous while still relatable. Suzy Space Cadet is meant to be an experience in viewing the pages of the comic as you listen to the album, and according to Shuma “after smoking a fat doobie, of course”.

Keep up with Jude Shuma 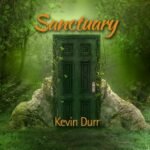 Kevin Durr Provides Us With A 'Sanctuary' Previous
IBG Interview - 8 Questions With... Pepper Lewis Next 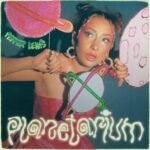