Kenny Fame – Interview after A productive year of music releases

As the year closed we like to touch base and get into the minds of some of our hardest working rising stars.  Kenny Fame had a very productive year relasing a ton of songs and now is ending the year with a full length album.  We had the chace to interview him about it below: 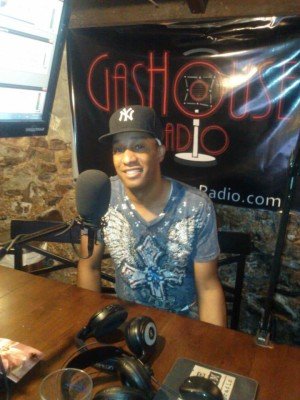 So we know Kenny Fame isn’t the name your Momma gave you, where did you come up with that?

I wanted a name like Freddie Mercury or David Bowie or Billy Idol; my name (plus) my DESTINY (equaled) Kenny / FAME.

You have lived in a few very different neighborhoods, how has that influenced your sound?

Your sound is tough to pinpoint, how do you describe it?

In a word “evolving” lol. I never realized how hard it was to pinpoint my music until I needed to put together a band recently & nobody wanted to play with me lol. I grew up listening to everything & I’m very influenced by what’s going on in Europe & I always have been ; from the jazz clubs of Amsterdam to the Electronic stuff in Paris & Germany, the DJ as the celebrity scene coming out of UK. I dont really see myself as an American artist; yet I definitely am. I dont feel grounded in America. NYC isn’t as interesting as it once was culturally; at least im terms as originality or creativity; musically speaking.

You are very active online, how do you best use your social media sites and the web?

Growing up Michael Jackson seemed mythical. He didn’t seem human. It was like if you cut him, he still would not bleed (in my mind as a child). I never wanted to seem unapproachable or Godly. I never wanted to come off as if I would need to be in disquise if I chose to walk down the street, because I’m still that kid from the projects that nobody remembers & I’ll always be. I go out of my way to respond to everybody (via tweets) because like Basquait & Keith Haring I want my art to be for the people. I may not give it away for free on subways & building walls; but I give it away on Soundcloud (FREE downloads) lol; but its cool because just like “Fame” they’ll remember my name.

Knowledge is something that you always seem to be yearning for. Tell us about how you treat your music career in this new music industry?

In a word carefully. I surround myself with people that are far more interesting than I am. I’m the loser in the room (high school all over again); but when I leave that room be afraid; be very afraid because what most people take for granted, I take as my own.

You had a busy year releasing a bunch of singles. Does that keep the Kenny Fame name fresh in your fans minds?

In all honesty I release a buch of singles because I never stop writing. I listen to so many different styles of music. I write nonstop usually without a musician, just me recording on a webcam & making an MP4 (scratch vocal) so that I won’t forget the melody yet I never do.

Now you are ending the year releasing the full length “Fame Whore”. Tell us about this record?

It started out as seperate EP’s that I wanted to release at different points of the year, but I felt like I needed to wait or it would be released to crickets. Lyrically “Fame Whore” is my quintessential song. It embodies everything that is me: jazz, dance, soulful lyrics with a message; kind of the way that “Material Girl” was quitessential Madonna – in terms of her brand & its irony. When I finished recording “Fame Whore” & “Shadow Dancer” I thought those were two of the most interesting songs that I personally ever heard & not because of me, but because of the masterful production of my Swedish producer Jona Carson who knew exactly how to hone my vision.

After a very productive year, what will 2015 hold for Kenny Fame? 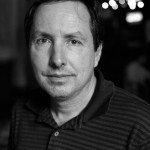 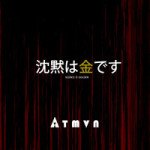