Appearing to burst at the seams with color and textures that most pop songs would leave out of the fold altogether, to say Kiani’s “I’ll Fly Away” is an experimental outing really wouldn’t do its video – nor the song itself – justice. Artists on the eclectic end of the pop lexicon have been experiencing quite a big year in 2022, but I can’t say that I’ve heard anyone quite like Kiani. He’s got an ‘it’ factor that reminds me of Justin Timberlake melded with a contemporary edginess that I haven’t been able to shake since hearing this track for the first time.

Terms like alternative pop almost seem a little underwhelming for what “I’ll Fly Away” looks, sounds, and feels like. There are influences from EDM, worldbeat, pop, new wave dance music, and even a splash of hip-hop here, with all of their tones and textures coming together under the singular command of Kiani.

He never sounds out of his element or uncomfortable with the full plate he’s working on this release; on the contrary, I think he seems to be more in touch with his artistry in “I’ll Fly Away” than he has been in anything released before now.

Kiani still has some room to grow, but for my money, this is his very best work yet. There’s nothing to come between the artist and audience in this single; we’re drawn into his web of poeticisms and moderately rocking grooves without any opportunity to escape until the song has come to an end. His delivery is as smooth as silk – much like his voice – and if he’s able to capture these same kinds of vibes in a live performance, I do believe any concert featuring him as a player would be worth the time of indie fans from Iran to the United States and back. 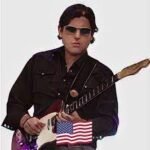 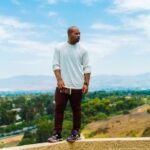