Smoky and melodically appealing from multiple angles, there’s no debating whether or not the lead vocal Christian Parker gives up in the song “Dream Catcher” is his new single’s very best feature. He’s got a raw talent in this track that you don’t have to be a professional critic to appreciate, but for those of us who take independent pop music and its brightest young players seriously, it’s quite the find this season. Parker’s hypnotic pipes tell us a tale without ever uttering a single word, and in a harmony-centric era for his genre, that could carry him a long way for sure.

As much as I love this vocal, the swing of the rhythm behind it is just as sexy in a couple of important spots. The chorus pushes him a little harder than he’s ready for right now, but the ascent toward it is simply magical in every way. The beat has a lot of bite, and though he was a bit ambitious in making this single as long as it is, I still think that the overall conceptualism that he’s experimenting with in “Dream Catcher” is worth taking note of (and something we’ll hopefully hear again).

Although cosmetically well-polished, I must say that the lyric video for “Dream Catcher” is a very simple document due to its plaintive outline. It presents us with nothing more than the substance of the music as the sole point of focus, but if you’re as fascinated by the sounds that this player can emit with nothing to get in his way, as well as his use of subtle poeticisms, this won’t matter at all. After all, artists who value substance over flash are hard enough to come by in 2022 as it is.

I still see a lot of growing up to do ahead of him, but if you asked me who I would stack my chips on among the talented North American rookies emerging from the background this year, Christian Parker’s name would immediately come to mind. He delivers something that hints at a more profound emotionality than a lot of newcomers to the pop genre are able to grapple with, and in time, I think he’s going to cultivate just the right template through which to tell his story (and maybe a little bit of ours as well). This feels like a stepping stone, and one I’m very glad I happened to discover this fall. 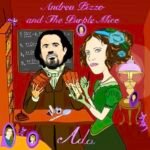 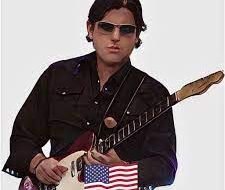 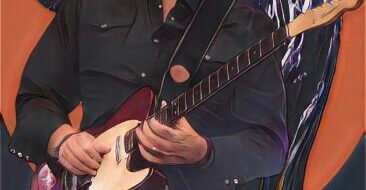 Christian Parker Enjoys The Road With ‘Every Passing Mile’