The last seven years have seen hip-hop diversify in countless ways, but the most obvious has been an introduction of more melodic vocals, relaxed beats, and surreal imagery. King Riley is one of the more intriguing players I’ve heard coming out of the shadows of the genre’s international scene lately, and while his new singles “Substance” and “Clout” contain many of the same postmodern themes that I’ve been hearing across the board from a lot of other artists on both sides of the Atlantic, it’s actually the personality of this player that left me most excited about the brand of music he’s making right now.

“Substance” is almost too exotic for its own good in the sense that every one of its beats feels like a point of conveyance even stronger than the lyrics are. The music is immersive, the mix creates a vacuum for the groove, and it’s almost nauseating trying to keep up with the working parts coming together all around us. That said, the cool focus King Riley has in this single is something that immediately clicked with me as being a star element in his sound, and a feature that he could use to make even more moving works in the future.

“Clout,” the second single and music video that King Riley has out right now, boasts a guest appearance from Salt in what amounts to a duel between two of the more inspired indie rappers I’ve listened to for the better part of the spring thus far, but it also has a hook that makes me want to hear the former slow down a little for his next release. He could probably deliver a slower-tempo jam with as much grace as he does anything aggressive, and the way this song was made is what suggests as much to me.

Both of these singles and their videos are raw, edgy concepts that give us a special insight into the kind of artist that King Riley is inevitably going to become in due time, but they also advertise a live performer who is going to take over the stage a lot easier than some of his contemporaries ever will. His presence is something that was made for the concert experience, and I hope that I have the opportunity to see and hear it for myself as he finds his place in the hierarchy of independent rappers making waves in 2022. 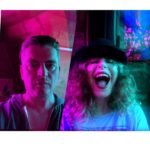 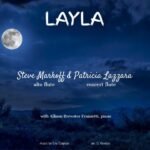