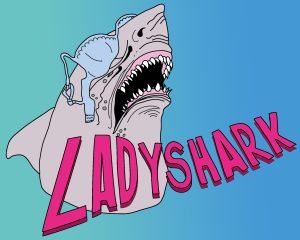 If you’re in need of a new soundtrack for rebelling against the man, look no further than Ladyshark, the riot grrrl inspired alt-rock duo from Nashville.

The band, comprised of Sarah Vardy on guitar loops and lead vocals, and Jane Boxall on drums and backing vox, has released two previous albums, BURIED and Lickety Split, under the name Anu Sava. Now, debuting under the new moniker, the duo has just released their first album Monsters.

Throughout the album, Vardy’s nimble guitar riffs stood out to me as the threads weaving every song together. Each track, though unique in style and arrangement, features a signature riff that always pulls the instrumentation back to center.

In the first and title track, it’s the opening melody, which immediately gives off an air of The Strokes as soon as the second loop kicks in. The reverbed riffs in between verses paired with Boxall’s generous cymbal smashing also add a bit of a surf rock element.

The second track “Set Yourself Free” is a high energy punk rock joint as well, though about twice the length of a typical punk tune. The band strips back the instrumentation to echoing vocals, a few chord progressions, and a steady drumbeat to slow things down for the next two songs.

Appropriately named, “Riot” gets the album back to the fast-paced riot grrrl influence of the earlier tracks. The reverb-soaked guitars, screechy vocals, and feminist lyrics (“Why do women get paid so much less? /  Don’t expect me to look good in a dress”) remind me of genre giants Sleater-Kinney and Bikini Kill.

Monsters is a smart selection of song styles, starting fast, slowing down, and speeding back up to finish, giving listeners just the right dosage of head bangers and slow burns. The fast-paced riffs are especially impressive when you remember there are only two people layering everything with FX.

Ladyshark has an upcoming show at the East Room in Nashville to celebrate the launch of their label Amityville Records. You can learn more about the band on their official website and hear the debut album Monsters on their Bandcamp page. 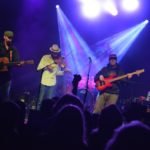 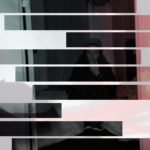