Any good musician must always be open to new influences and be ready to adjust their style to match the needs of the band they are working with.  There is no need to have a large ego if you have the talent to add something to every group that you work with.  Our newest find Lars Rüetschi has been doing it for years and is still growing and expanding his sound.

Lars was born in Switzerland but emigrated to Rio de Janeiro as a young boy.  Even as a child he absorbed the sounds of Brazil such as Samba and Bossa Nova.  After being involved in a hostage taking bank robbery situation the family decided to return to the safer confines of Switzerland.  Through all this Lars Rüetschi often turned to music starting to play piano a t the age of 7 and picking up the guitar at the age of 14.  This foundation helped him bring a unique sound to his guitar playing including piano based phrasings.  He continued his Jazz guitar studies at City Of Basel Music Academy and was even offered a teaching position while still a student.  After school Lars relocated to Berlin in search of a bigger music scene to spread his talents to.  He found it and worked with many diverse bands both in the studio and live setting over the next 8 years.

Starting last year Lars Rüetschi has been working more on his solo offerings with a string of songs featuring all the influences he has picked up along his journey.  On “Mediterana” he picks the strings on his guitar like a true virtuoso creating a soothing yet fast paced sound to entertain any listener.  “Nostalgia” is a more exotic and ambient sounding track with an interesting echo reverb that encompasses the listener as sound comes at him from all angles.  His most recent release “Empty” has an almost spooky feel to it as haunts your ears with sultry guitar tones.

Keep up with the catalog of Lars Rüetschi and new material HERE. 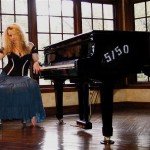 Jennifer Hope - Silky Vocals And Interesting Songwriting... Previous
In The Whale - In Your Face Duo Brings The Energy With... Next 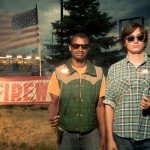