Laurie Anne – Back From A Long Hiatus With New Vigor

One music has its hold on a person it never truly lets go.  Situations may happen to postpone the musical output but music will always find its way back into your life if you will have it.  This is a good disease to have because some of the best music has been produced by people who thought it had passed them by only to have fate intervene and drag them back to the creation of great songs.  A good example is our latest find Laurie Anne. 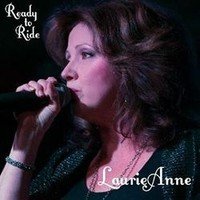 The small town girl grew up listening to her dad’s classic country albums never knowing the influence it was having on her.  Her first stint in music was a band with her brother in the late 80’s.  Some great country music was made but after their father got ill and passed the thought of continuing the music that he had inspired became too much to handle and the band dissolved.  Much time passed before a chance “facebook” reconnection with guitarist Fred Scribner led her to realize she needed to start singing again.

Lucky for all of us this led to Laurie Anne’s newest release Ready To Ride.  The 11 track record is a strong collection of classic country and newer sounds that keep the listener’s attention throughout.  The opener “You Can’t Break Me Down” starts the party with a fun bouncy track pushed along by Laurie’s smooth vocals.  The title track “Ready To Ride” conjures up a feeling of a woman that is back in control and ready for whatever may come.  The guitar work stands out on “Since You Been Gone”, a mellow and sultry song that yearns for a lost love.   “Summertime” brings back the upbeat sound with sound coming at you from all angles to combine into a toe tapping good time.

Basic - Creating Great Music Does Not Require A Big Studio Previous
Hollywood Drunks - Still Having Fun And Writing Great... Next 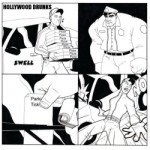