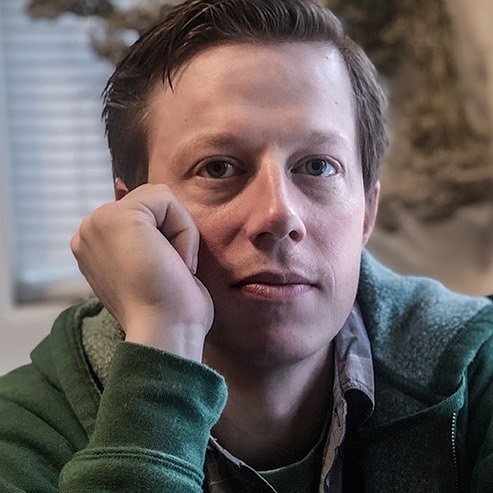 Parker Longbough opens his new album Off Front Street with an abrasive blast of rock guitar. “Off Front Street,” the album’s title song, doesn’t follow a single path, however, as he alternates between those distorted six-string firestorms and nervy fill-focused verses. The song’s brisk heartbeat mixes it up with occasional accents on the pulse and the drums snap with a thankfully unaffected sound. His lyrics will be, for many, one of the strongest parts of his presentation. It’s based on a true story, but there’s no need to fear Longbough is going in for some pure reportage or folkie social relevance. It has a memorable lyrical “voice” and does a great job of weaving a character study in miniature.

The shifting identities and recurring line “I quit trying long ago…” are among the contributing factors making “Wanna Be Johnny” memorable. Longbough’s lyrical vagueness is deliberate – his musings here are open to interpretation while still retaining obvious personal meaning for the performer. There’s loneliness, longing, and dysfunction running side by side through the track “Please Come Over” and it shows off his talent for specific scene-setting. The gritty details present in the songwriting help make it one of the best moments on this release.

There’s a sense of fragmented reality in tracks such as “The Falcon Sleeps Alone”. It’s another character portrait in an uncertain setting as we have a speaker singing about “bigwigs” and Joseph Stalin in the same song. No one can accuse Longbough of being too predictable. There’s some compelling fuzz guitar near the track’s end, but some listeners may not appreciate his method of concluding tunes. Many Longbough tracks on this album don’t so much end as fizzle out.

Listen to Off Front Street on Apple Music

After an evocative yet somewhat diffuse introduction, “Disappear Completely” recalls the earlier jangle of “Wanna Be Johnny”. Each of the album’s eight songs benefits from a great drum sound and spot-on timing that sets a steady tone for the performances. His songwriting craftsmanship is one of the foundational elements of his work – without it, the songs would spiral off into the ether. You hear a clear structure in even his most daring moments.

The closer “We Missed the Exit” is another song culled from the news. You can call it creative non-fiction, however, as Longbough writes from the perspective of someone telling the story about how sheer happenstance led to their life being saved as a three year old by a gorilla. His ability to get inside these narratives as if he lived them from beginning to end is fascinating to hear. It’s these sort of things that make Parker Longbough’s Off Front Street stand out as one of 2021’s most intriguing releases. It likely ends a wildly prolific year for the songwriter. It’s his third release in ten months and there’s been no discernible drop-off in quality despite each new album lighting out for different lands. Off Front Street places its faith in the songs and, if you do, you’ll be thoroughly satisfied as well. 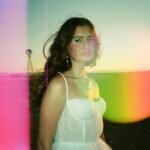 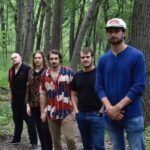 Parker Longbough Leads Us To Make ‘A Left On Tri’