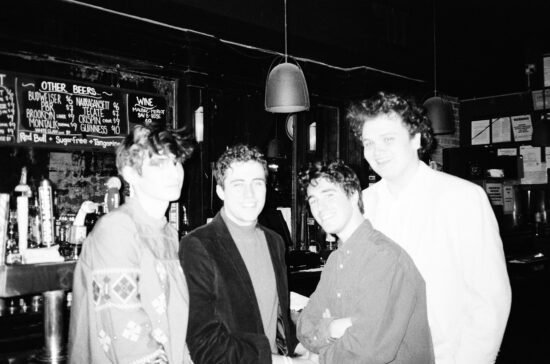 Staying together for the long haul is a difficult thing for any band to accomplish. There are some secrets that help make it work though. Our new friends Nautics have been making music together since they were teenagers and are still going strong. They just released their new single “Selfish” along with an entertaining music video.

We caught up with the innovative indie rockers to get a deeper look into how they do what they do. Enjoy the interview here:

First off, tell us how the name Nautics came to be?

The name was a product of a weeklong brainstorm where names were argued back and forth until the amalgamation of sounds formed into the word “Nautics”. We kept it because it sounded sort-of timeless. Could be a band from the future or the past. – Kenzo

How would you describe the group’s sound?

I think it’s constantly changing, but overall, we like making pop music, whatever that means. We are constantly inspired by others and want to grow as songwriters. – Kenzo

Which artists have been the biggest inspiration for Nautics?

Arctic Monkeys, and The Strokes. – Levitt

I think it’s constantly changing. I think basic early 2000s bands like Arctic Monkeys, The Strokes, and Blur to start, but it definitely changed as we grew up. – Kenzo

We all grew up in NY difficult not to idolize the Strokes, but we’ve changed so much over our time together so difficult to give a “biggest”. That being said Van Lev and Kenzo all inspire me tremendously. I know it’s cheesy but it’s true! – Amir

You guys have been together for quite a while. What is your secret, especially with the trying times of the last couple years?

We’re just good friends. Like regardless of music we get along well. So making music isn’t really that much work – Van

Yea what can said we’ll always make time to be with or talk to one another. Making music is so much more fun when doing it with friends. – Amir

Your new single “Selfish” seems like an evolved direction. How did you reach this level?

I think we are sort-of just friends and there is no pressure to make music. We create when we want to. – Kenzo

The song seems personal as well. What can you tell us about the background inspiration?

I think the song is us trying to meld an old style of big swing with more modern production styles. Graduation was a super big inspo. Good Morning especially. That’s a song that has this cool production with a vintage sounding melody. – Van

The music video continues this. How did the filming and production of that all come together?

The music video was a result of multiple ideas melding together. We took lots of inspiration from crime movies, a genre we enjoy. The concept came from the idea of taking yourself hostage, with the doppelganger representing the selfish emotions. As for who is more “selfish”, that’s up to you. – Kenzo

So fun to make even though we decided to shoot till 5am on a frigid New York night. – Amir

Share some advice for other bands that are willing to keep moving forward.

Even if you’re a solo artist, find a group of people you can collaborate honestly with. Having different perspectives is so critical. – Amir

What does the future hold for Nautics? 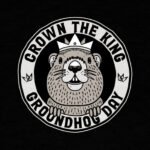 Crown The King Come Out Swinging With Their Debut EP... Previous
Tips and Tricks for Musicians to Succeed in the Music... Next 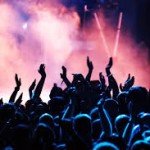