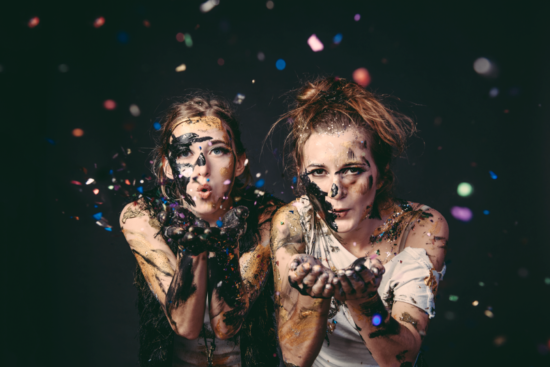 Looking for something to help you escape the polarizing political climate? Well then I recommend you close out of this tab right now because Brooklyn-based indie rock collective The New Tarot has just dropped their new single, “America.”
The band is fronted by sisters Karen and Monika Walker on keyboard, guitar, and vocals. They’re backed by Chas Langston on drums, Dave Kahn on bass, Beth Callen on guitar, and David Banker on trombone to round out the alt-rock outfit. After releasing four EP’s and a handful of singles over the past two years, the band is now promoting the new track to tease their debut full-length album (title and release date TBD).

The New Tarot Write a Love-Hate Song for America

Featuring pointed lyrics, album art of a two-headed bald eagle, and the distant sounds of whistling fireworks, “America” is a bit on the nose for me, but you have to respect a group that’s willing to call something like it is. The song opens with softly strummed guitars as the Walker sisters begin unpacking the complexities and contradictions of American identity:

“I’m so wonderful, yeah, I’m screwed up / So full of myself, I’m never good enough / America, home of the free and chained…”

Despite overflowing with overt satire – wanting for nothing, but wanting more and calling America a “beautiful whore” – the Walker siblings’ sultry vocal delivery and perfectly blended harmonies manage to humanize and elevate the song’s grim message. The country may be a dumpster fire, but it’s our dumpster fire to have and to hold.

The emotionally-charged tune is the bookend to conclude the band’s forthcoming LP, a record they say centers around the experiences of a man named John faced with reconciling the state of politics, spirituality, and reality.

You can learn more about The New Tarot and see some strange promo art on their official website or stream their music on Spotify, Soundcloud, and Bandcamp. 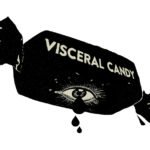