Most rock musicians will be in and out of a long list of bands before they find the right mix of talent and personalities to secure a solid band lineup.  There is nothing wrong with this.  It is part of the growing process for any musician as he learns from others and picks up influences along the way.  Our latest find Out Of Ashes is the result of this. 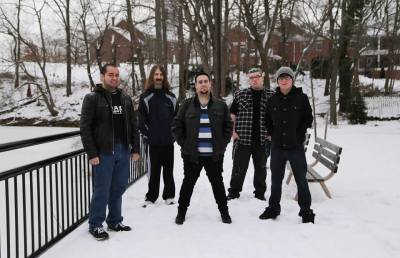 The Howell, New Jersey band was formed earlier this year when Rob and Alex left their previous bands to play with Don.  Two other now bandless rockers were brought in by the names of Sam and Brad and the full Out Of Ashes lineup was finished.  They combine to play an alternative style of rock that brings in influences from some other styles.  There are soaring rock choruses, rap verses, metal guitar shredding, and hardcore screaming all bunched into one.  According to Out Of Ashes they may not be the best looking, overwhelmingly charismatic, or even the most talented group of guys but they are confident in their ability to make good music that comes from the heart.  What else could a fan ask for?

Last week Out of Ashes released their debut record Trust Yourself.  The 6 track album shows how far they have come so far.  The opener “You’re Killing Me Kid” begins with standard alt-rock guitar fare but builds into a mix of styles that blends into one nicely.  The fun pop vocals carry the tune ahead.  “Wrong Side Of The Argument” is a more aggressive song that is free to offer breakdowns for the listener to catch up.  The vocal harmonies add an arena rock effect to the song.  The grinding guitars of “Small Town Hero” attack with purpose and bring along any hard rock fans to the fun that is Out Of Ashes.  There seems to be something here for everyone.  Come join the party at: https://www.facebook.com/OutofAshesnj 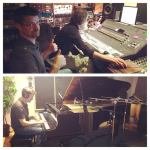 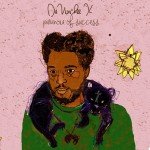