Rock has become a tremendously tricky genre of late. Of all the genres that are undergoing fluid transitions, blending with various other genres, and weaving in and out of styles and classifications, rock is probably one of the most fluid. Patrick Krief, however, has specific ideas of not only what rock is, but also what it should be.

Patrick Krief Builds on a Decade of Rock Experience

Hailing from Montreal, Canada, Krief is a singer-songwriter and multi-instrumentalist has spent most of the last decade writing, recording, and performing with that city’s orchestral rock-noir band, The Dears. As the lead guitarist with the band, he had a string of successful shows and TV performances on programs like Jonathan Ross, Last Call with Carson Daly, and the Late Show with David Letterman.

Krief struck out on his own in 2007 with the release of his solo EP, Take It Or Leave. After a few years of touring, he debuted the new stage name “Krief” and released “Calm Awaits” with his touring band Black Diamond Bay.

Pain and Loss with Driving Beats and Production

Krief’s new double album, paired as Autonomic Red and Autonomic Blue, is an unusual album, fittingly inspired by a series of deaths of the people in the singer’s life. He put all the darkness and trauma into the 20 songs that make up the collection that he likens to “Thursday night and Sunday morning.”

Automatic Red is the darker of the two albums. The songs have appropriately painful sounding titles like “All Is Lost,” “Mississippi,” and “Darkometro.” Naturally, Autonomic Blue is has more spiritual, uplifting titles like “Yearning,” “The Mayan,” and “Deo Gratis.”

The interesting—and best—thing about the entire collection is that even though the songs may sound like they’ll all be understandable downers, they’re totally engulfing and at times rollicking, anthemic gems that blend together some of the most familiar elements of rock in ways that are unexpected and inspiring.

There are sonic references to so many great acts—a bit of Oasis here, U2 there, Coldplay in other parts, and Red Hot Chilli Peppers in others still—that they all come together to form a totally unique whole. That’s due in no small part to engineer David Schiffman, who’s previously worked with RHCP, Johnny Cash, Tom Petty, and Nine Inch Nails. Schiffman injects Krief’s songwriting and solo instrumentation (yes, Krief played every instrument) with the perfect dose of melancholy, melody, joy, and inspiration.

It all makes for truly compelling listening and shines as one of the best recent examples of what rock can be.

Check out the album as it drops on September 30th, followed by a new tour. 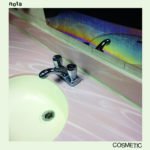 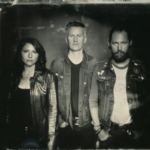