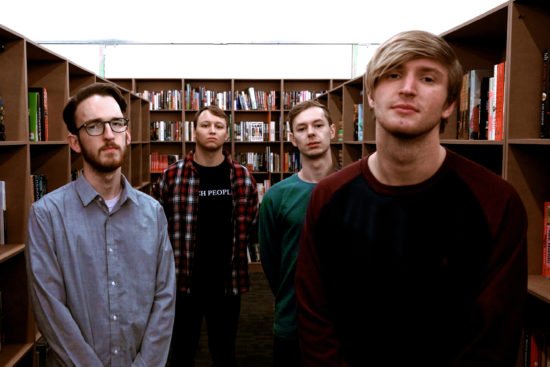 Up-and-coming – and new to SharpTone Records – pop punk band, Telltale, grace the scene with their second EP release, Timeless Youth, just over two years after their initial formation. The seven-track record discusses the highly-relatable topic of feeling trapped as you enter into adulthood and grow away from the friend circles of your youth. As often found in pop punk, catchy riffs weave their way through the somber and hard-hitting lyrics of each song.

The EP’s title/opening-track and lead single begins with a solid drum beat that remains behind John Carter’s vocalization. Throughout the lyrics, the quartet consistently refers to a “they.” This can translate as a representation of society or the systems we face on our way to being adults. Far too often, there’s this societal expectation of what it means to be an adult and live in the real world. This track recognizes that and the yearning to break away from it. It also recognizes how damaging these expectations can be to young minds. Sometimes we lose people, whether emotionally or entirely in their physical form, along the way.

With a music video that takes place in someone’s house and features several references to time passing by, it’s a perfect first single and opening track for this EP. Along those lines, the video offers multiple flashes of the band members in their youth and old age. In addition, there’s the constant turning and draining of an hour glass and what appears to be old family photos scattered across the walls. It all ties in wonderfully with the overall theme of the record.

Track two of Timeless Youth, “Bouquet” relies heavily on weather analogies and similes, and the sentiment of handing someone a beautiful bouquet of flowers. It’s the all-too-familiar feeling of missing a person that once was significant in your life and not knowing if they miss you too, or how to move on without them. We’ve all been through it. There’s this ache that won’t go away. A never-ending rain cloud above your head. The band effectively uses simple metaphors to create a strong message that any listener can connect with.

Let’s Get Out of This Town, but Not Forever.

Nearing the halfway point of the album, “What We Live For” comes in quick with a fierce tempo and lyrics that portray an “IDGAF” attitude towards all the nay-sayers of the world. It’s a song that expresses the band’s want to make it out of their hometown of Richmond, Virginia, but also realizing there’s a need to go back and that’s okay. Revisiting that theme of societal expectations, Telltale confidently expresses that they have no desire to force themselves into outdated, dull boxes. Every band in the pop punk scene has released a song of similar sentiment, but it’s always fun to hear each new take on it.

Hopeful and yet somehow still despondent, track four “Letting Go” pulls inspiration from a wide spectrum of punk and rock genres. There’s a distinct give and take between deciding to move on, knowing it’ll improve your life, but then looking back and wondering if you could have improved the situation in the moment. It’s something we’ve all faced at some some point in our lives. Telltale continues with the relatable messages that are well-known throughout the pop punk genre.

Reveling in that carefree feeling after finally letting go and moving on, “Dazy” is a perfect release right before the heat of summer sets in. If you close your eyes, you can almost feel the wind in your hair as you drive way-too-fast on the highway with your windows down. This track is upbeat and fun. It’s a nice break between the solemn themes of previous songs. While the actual lyrics are almost mocking that untroubled attitude, the song still gives the listener a sense of invincibility.

Teenage angst, uncertainty, and frustration take over with the second-to-last track. “Rose” comes across as an internal battle for control. The lyrics display a longing for certainty and stability, but ultimately end in disappointment. It’s a common battle that on-tour musicians tend to express, but don’t always know how to correct. This feeling sometimes leads to a negative downward spiral. Although the lyrics are negative in meaning, the beat and melody remain upbeat. It’s another guarantee summer anthem for screaming in the car.

We Need to Have a Difficult Conversation.

The final track of Timeless Youth is titled “Hereditary,” and comes with a much darker twist. While the entire EP seems to deal with their lives as musicians and how society judges them, it remains upbeat and most of the songs have a very strong oh yeah? bet. vibe to them. “Hereditary” ends the EP with a thought that is all-too-real but can be difficult to stomach. It’s dizzying and haunting as it focuses on suicidal tendencies and depression.

This song hits in the hardest and most unexpected ways, especially after making it through the other six tracks with no ballad in sight. As we approach the halfway point of 2019, more and more bands are beginning to use their platform to engage in the conversation about mental health. It’s an important and often overlooked, especially amongst musicians. The vocals become louder and angrier as the track progresses. There’s clear distress across each line. The lyrics make it clear how lost one can feel and how mental health regularly gets brushed off as unfixable and hereditary. It’s a vulnerable and raw ending that perfectly rounds out this EP.

Overall, Telltale has managed to find a comfortable balance between stereo-typical pop punk and their own unique sound. They’ll fit in with the well-known bands of this genre but won’t get lost in often over-saturated market of young bands trying to make a name for themselves. Timeless Youth is a fun pre-Summer release. It’s well-rounded and provides songs that will be hard to resist adding to your bonfire playlists.

You can catch Telltale on their EP release tour until their hometown show on May 4th. This show is sold out!

Timeless Youth can be pre-ordered through iTunes. 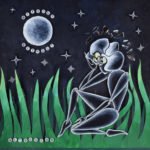