Reed Four is cut from a Midwest cloth, using that to the best of their advantage. “Old Piano,” “How I Feel For Me,” and “Drive,” all singles, serve a unique visual purpose.

An Original Film from Reed Four

Created to be played in succession with one another, the trilogy acts as a short film through their respective videos. In the words of the band, “this plays out like a short film and summarizes the themes and lyrical content from the entire album.” Topics covered in the film are heavy, equally represented, and diverse.

The first, “Old Piano”, is a fun way to start things off. The editing is fun and fresh, as is the house party taking place. The song itself is upbeat. Vocals are drifty, yet brave. There’s instruments that suggest a psych rock kind of inspiration behind the song. Everyone is enjoying themselves. A sick round of trampolining ensues. All in all, it’s a grand time and fun to watch.

Indiana’s finest fireworks start going off near the end and a couple holds hands as they watch. As the second notion in the film plays out however, audiences see the couple not working out. The mood is definitely a shift from the upbeat party. The music is somber, vocals more elongated and in tune with a depressing ’70s rock build.

Recovery in More Ways than One

As the two former partners say their goodbyes, the woman of the relationship turns to her friends. The group hangs out and she slowly remembers herself again, coming into a new sense of self. The song’s depth is shown here, and the second wave has just as much meaning as the first.

As the third and final part of the trilogy rolls in, the focus is primarily on the male from the former relationship. Viewers are exposed to how he’s handling things. This is where elements get theatrical and dramatic. The message is clear: wanting to escape and live a dream for self-fulfillment. The vocals offer so much clarity — a perfect fit for the finale. The main aspect of the video is running or driving away. For fresh air, for answers, for good…for something.

What is clear about Reed Four is their sound and invitation for interpretation. The film ends on beautiful vocalization and personal unity. 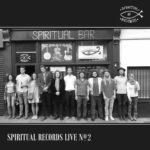 Spiritual Records Returns with Another Round of Sublime... Previous
Ex-Okay Debut Video For "Locked" Next 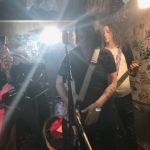