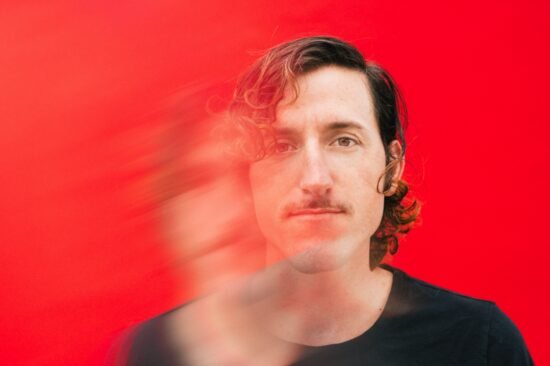 2020 has undoubtedly been a fairly eventful roller coaster of a year thus far. But rather than a more upbeat Slinky Dog Dash kind of ride, it has been more like Dinosaur or Tower of Terror, where being anxious is common and it feels like anything can happen. So, given this current time of anxiety and uncertainty, the music that RICKY has created can help transport listeners to a peaceful place all their own.

RICKY, aka Ricky Schmidt, is a San Diego native. Before deciding to branch out on his own musical adventures as a solo artist, Ricky was a writer, singer, and bassist of Western Settings and a writer and bassist in Hey, Chels. Ricky’s personality and authenticity shine through on his Instagram and Twitter, where he has been gaining more and more traction.

Ricky recently released his lead single “Escape Artist” from his debut solo album “Palm Trees,” which is slated for a November 13 release date. Ricky says, “This song is about needing to step away from the world and allow yourself time away from everything. We all need breaks and especially during a time like the one we are currently all in.”

The “Escape Artist” lyric video juxtaposes a clip of the ocean gently flowing onto the shore of an island with visually distorted clips of various political and media figures. Ricky’s lyrics dance across the screen, passionately expressing his desire to find a sense of peace and comfort from the intensity of the current times. The video’s grainy, pixelated, and monochrome visuals are a great representation of the song’s crunchy indie power-pop style. Ricky crafted powerful lyrics and has shown definitely talent in storytelling with music and visuals.

Towards the end of the lyric video, Ricky includes an uplifting note from himself, saying “Through these trying times please don’t forget to escape every now and then.” With his determined and hopeful message, we can all create our own tranquil oasis.

Check out more from RICKY at: 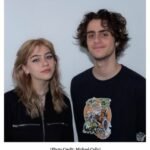 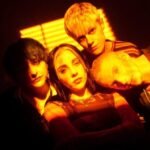