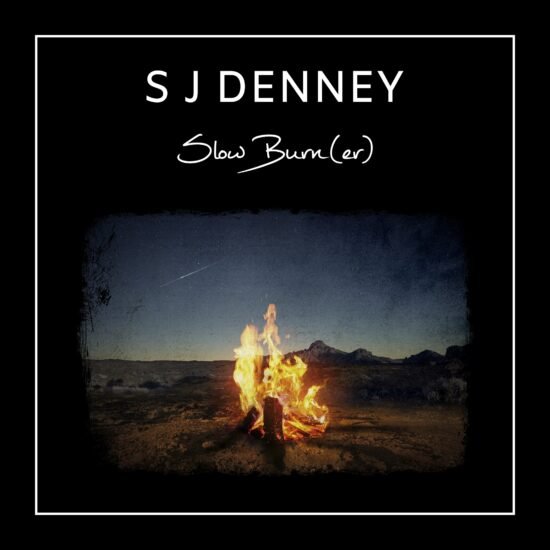 If you follow S J Denney on his social media sites, you will see he is always busy creating new music. You can tell he has a genuine passion for his craft.  Not only that, but he is always looking to learn and evolve his songwriting abilities, including his arrangement talents. It was a quality that was clear to hear from his outstanding An Island of Clouds EP. Each release before it felt like a natural progression of his work, but his latest EP was something else. It features carefully crafted, impressive lyrics and a rich depth of sound. It was clear to hear why he was proud of what he had created.

Denney is moving on to his latest chapter of songs, Beneath the Skin EP (due later this year). He has already shown what is to come with “The Sticking Point”. With momentum on his side, he sets free, “Slow Burn(er)”. He says, “Originally, I’d intended to take a bit of a hiatus after ‘An Island of Clouds EP’. I was happy with how that record came out and didn’t feel like I had much to say that I hadn’t already said. A personal loss sparked a creative streak. That all started with Slow Burn(er). Like all of my forthcoming record, the lyrics are deeply personal. I originally thought I would spend a long time refining this song, as it was personal to me. That’s where the title name originated. If anything, having a title in mind meant that the song poured out of me really quickly, like they usually do”.

Interestingly, Denney wrote the vocals before the music, as it is the latter that stands out on the first listen. There is an array of instruments used throughout “Slow Burn(er)”. Most of them performed by Denney, as he demonstrates his multi-instrumentalist talents. These include an electric guitar, acoustic guitar, organ, shaker, tambourine, congas and drum programming. Not only that, but he has enlisted in the talents of Amadei Šaršanski (bass guitar) and Hugo Lee (alto saxophone) to add a little more to the mix.

“Slow Burn(er)” opens up with a delicate drum loop, followed by the subtle use of his guitar. Something he says, “from the very start I knew that I wanted to use a drum loop similar to Massive Attack’s Teardrop”. Its introduction slowly pulls in the listener, preparing for his story to begin. He does so with the lines, “Am I really to blame? / This flame burns inside of me I’ve got nothing to gain / From telling the truth”. As it continues, the music flows effortlessly and without any urgency. Letting the various instruments intertwine to create its atmospheric sound. However, that drum loop continues to stand out, as does Lee’s alto saxophone (as this song comes to its close).

Yet again, S J Denney impresses as his songwriting continues to grow in sound and depth

Dig a little deeper, and Denney’s storytelling qualities continue to impress. It’s a story about escaping a relationship that is not right. It’s all set up during the opening lines, including “Now there’s something to lose / So I’m moving on with my life / Cause I was right all along”, which follows. Like his music, his vocals flow effortlessly and feature the talents of Roisin O’Hagan. He uses his words wisely to paint the moments about the relationship. Stand out lines include “All you’ve given to me / Is an empty hole in my life / I’m scared of what I’ll become”. It all comes together to create yet another impressive track by S J Denney. It sets the anticipation for his upcoming Beneath the Skin EP. 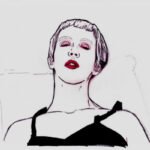 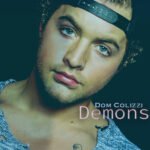