Sarah Petrella – Young Songwriter Shows Off Her Musical Theater Past

There are many kids that think they want to be a rock star when they grow up.  Few have the talent and even few follow through when they see how much work it is going to take to reach that lofty goal.  A true passion for the craft of songwriting needs to be in there too.  Today we found a young lady that has all that and is on her way to getting noticed by the mainstream music world.  Let us introduce you to Sarah Petrella. 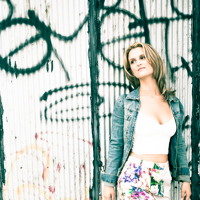 The path to success started at a young age for Sarah as she wrote her first song before she was 10 years old.  She was immersed in musical theater in her formative years as well which really developed her vocal skills.  She says her true calling is songwriting though and it is obvious that she has a real hunger to write impressive songs.  Her style is not one that can be pigeonholed either.  There are touches of pop, rock, folk, and even some country in her tunes.  When she lists such diverse influences as The Beatles, Led Zeppelin and Sara Bareilles, this is to be expected.

Recently Sarah Petrella released a 3 song EP titled Summer to the world to demonstrate her talents.  She brought in some industry heavyweights as well when she got Geza X Gedeon to produce.  Geza is best known for her work on Meredith Brooks’ smash hit, “Bitch.”  The tile track of the record, ‘Summer’, is a happy pop song with a hummable chorus that will stick in the listener’s head.  This is a song that would fit along well with the current mainstream radio playlist.  Sarah then changes it up with her version of the Pearl Jam hit ‘Daughter’.  She shows off her voice in ways that Eddie Veder could never.  The unique female perspective that she adds to the 90’s classic turns it into a totally different yet just as satisfying tune.  The final track ‘Time Stands Still’ is a ballad-esque song that reaches back to her days in musical theater.  In my head I see her performing this song on a Broadway stage surrounded by an elaborate set.

Bottom line: The Summer EP is a great introduction to the musical talent that is Sarah Petrella.  I have a feeling we will hear more from her on commercial radio sooner than later.

Let yourself into her world at:

Abbe May - Sexy Doom Pop From Australia To Melt Your... Previous
Neverwhas - Hign Energy Modern Rock To Get You Moving Next