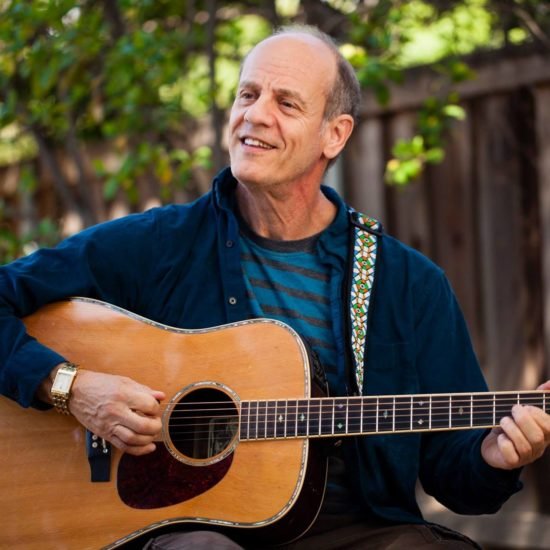 Songwriting is a very personal thing. You have to become a part of the song. The songwriter must be the protagonist, the solution, and singer. Our new friend Seth Hilary Jackson has put in many years perfecting the craft and has a new set of songs to show how far he has come.

His latest album This One’s For You ties it all together with a variety of genres being explored. The 11 track record dives into country, folk, pop, rock, and alternative sounds all while focused on the skill of songwriting. This is evident right off the top with “You’re A Diamond” and Jackson’s clever use of lyrics to show his true feelings.

There is even more emotion on the slowed down “Broken Promised Land.” The vocals full of feeling pull the listener into the song. Seth Hilary Jackson has something to say and he is not afraid to put it out there.

On the title track “This One’s For You”, Jackson lets us even more into his life as he sings about his songwriting process and inspiration. The acoustic guitar strums along painting a warm and cozy picture for all of us to enjoy.

We caught up with the talented songwriter to get some insight into his career and his goals with his music. Enjoy the interview here:

You have led a full life outside of music. What keeps your musical fire burning?

Songwriting has always been the focus for me. I spent a lot of years studying and practicing the craft. Until recently, I was mostly working at writing songs that could be sung by a wide variety of artists. There’s a definite art and craft to doing that. It’s creating, but in a way, it’s also like acting. You have to put yourself in the position of the character you’re writing for. It’s like, “Today, I’m Jason Aldean. Would Jason Aldean sing this line?” Jason’s is performing for his record label, his fans, and radio, so all those are considerations in playing the part. One of the fun things is I get to play both male and female roles It keeps me in touch with my feminine side.

Writing for myself as an artist is a little different. Now, I get to star in the movie as myself.  As an indie artist, I’m not playing for a publisher a label or even radio. I only have to please myself and, hopefully, my audience. I don’t have to try to fit into a specific genre. I like to think I’m creating my own genre.

How would you describe the Seth Hilary Jackson sound?

Eclectic.  My current album, “This One’s For You”, starts off sounding pretty country. As it progresses, it veers off into a more alternative sound. There are elements of pop, rock, and some folk.

Which artists have been your biggest influences through the years?

When I was a kid, I fell in love with The Beatles. I loved the whole British Invasion thing. Then came bands like The Doors, Cream, Jethro Tull, and The Who. Singer/songwriters like Carole King and James Taylor made a big impact on me. One day, I walked into a Grateful Dead concert, and I’ve been a Deadhead ever since. In the ‘80s, I listened to a lot of New Wave artists like The Cars and Blondie. When I started getting serious about songwriting, I started listening to and studying music from various contemporary country and pop artists. It’s hard to single one out, but I had to, I’d say Taylor Swift, since she’s been a star in both genres.

You have experienced the major music scenes of NYC, Los Angeles, and Nashville. How would you compare them?

Nashville is the most fun. There are writers nights all over town every night. Everyone is doing original songs, and everyone wants to hear original songs. At these gatherings, it’s more about the song than the performance. There are nights for aspiring writers as well as hit writers. Some nights include both. You can get to a lot of places with a short drive.

LA is very spread out. There’s more of a band focus. I didn’t get out that much in LA.

I just recently moved back to the NYC area. It’s been many years since I last lived here, so I’m just starting to get a feel for the music scene.

What do you hope that listeners get from your music?

First and foremost, I want to touch my audience emotionally in some way. Some of my songs are just fun songs that I hope will make people smile or laugh. Some are love songs. Other songs explore more difficult situations and emotions. I hope these songs will either motivate people or just reassure them that they’re not alone. If I can get people to think, that’s great, but it’s got to start with making them feel something.

What advice do you have for other artists still pouring their heart into music?

There are a lot of things I could talk about, but I’ll just say that if they’re pouring their heart into it, that’s a good start.

What is next for Seth Hilary Jackson?

I’m looking forward to doing more live performing. I’m also trying to learn more about production so I can produce more of my own tracks. This week, I’ve been experimenting with something that sounds very different from anything I’ve recorded so far. Beyond that, I’m always writing new songs and looking for opportunities to get my music out there. And hopefully, to get paid for it.

Keep up with Seth Hilary Jackson at: 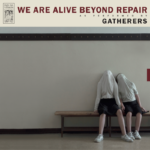 Somber Melodies and Melancholy Tones Are Gatherers' New... Previous
Bend Sinister Adds New Single 'Heard it all Before' to... Next 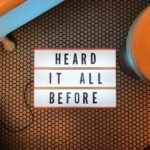