How Sports And Music Inspire Each Other 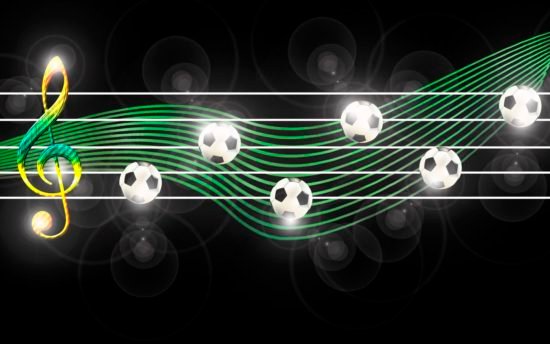 A strong example of this is the Fleetwood Mac song, “The Chain”. This song was used by the BBC for its coverage of the Formula One World Championship, and remained in the title sequence for decades. Fans were upset when the TV rights were sold to rival TV broadcaster ITV, who subsequently changed the title music several times including using indie band Apollo 440’s song “Backbeat”.

When Formula One returned to the BBC in 2009, fans took to social media to celebrate the return of their beloved song. When the Formula One’s TV rights were then shared between BBC and Sky from 2012, Sky chose to use indie singer-songwriter Alistair Griffin’s song “Just Drive”, which had been popularised by fans when it was used in a montage video by the BBC in 2010. Although not originally written for Formula One, the lyrics resonated with fans because of its emotive language and melodic tune.

An independent Dutch DJ by the name of DJ Visage released a song in 1997 called “Formula”, which was inspired by both Formula One and Michael Schumacher. The song was then re-released the following year as “Formula ’98”, with additional lyrics and a few other minor tweaks. The song is fast and upbeat, reflecting the speed of Formula One cars and includes engine noises, the sound of a Formula One car altered by the Doppler effect.

There are other sports with strong associations with a particular piece of music, such as baseball, which has the fanfare music that everyone associates with the sport. This was first used in 1941 at Wrigley Stadium, then became widespread by the 1960s.Other songs that are commonly associated with baseball include “Take Me Out to the Ball Game”, a song released by Jack Norworth and Albert Von Tilzer in 1908.

With the Major League Baseball series’ latest season beginning in March, there are plenty of games where fans will get to listen to the players’ chosen walk up songs. These songs can help them to focus, express their personality and entertain fans, with the playing of certain songs at set points in games becoming a tradition. Neil Diamond’s “Sweet Caroline” is played during the eighth innings of New York Mets and 2019 World Series favourites, Boston Red Sox games.

Outside of the baseball stadium, there have been a number of songs released that have been inspired by baseball. For example, the aptly named supergroup The Baseball Project released the song “Don’t Call Them Twinkies”, about the Minnesota Twins baseball team. The song describes them as heroes and expresses the group’s dislike for the team’s nickname the “Twinkies”. The song oozes passion for the team, and takes the listener on the journey of a Minnesota Twins fan, portraying the nerve wracking tension with lines like “I prayed more in the Dome than I ever did at church”.

Other baseball inspired songs include “America’s Favourite Pastime”, released in 2009 by indie artist Todd Snider, and the Belle & Sebastian song “Piazza, New York Catcher” which was released in 2003.

Association Football (know as soccer in the United States, and commonly just known as  “football” in most other parts of the world) is often referred to as the “beautiful game”. Fans can be very tribal about their favourite team, and very passionate about their favourite club and their country’s national team.

Every time there is a FIFA World Cup Championship, scores of official and unofficial songs are released around the world in support of each nation’s team. In England, many of these songs are played on repeat every 4 years, even songs that are decades old, just like Christmas songs in December.

The 2018 FIFA World Cup in Russia saw football fans across England repeatedly share the words “It’s Coming Home” on social media sites as the excitement grew over their unexpected progression through the competition (England memorably reached the semi finals). These words referred to a 1996 song “Three Lions” released by English indie rock band, The Lightning Seeds. The title of the song refers to the three lions shown on the Royal Arms of England, which is used as the English football team’s emblem. It has since been adopted by English fans who often chant the lyrics “football’s coming home” at matches.

The success of the song is attributed The Lightning Seeds’ capturing of the disappointment of England fans in successive football competitions since the team’s world cup victory back in 1966. It’s opening lines include quotes from football commentators saying “I think it’s bad news” and “we’ll go on getting bad results”, and later includes the links “thirty years of hurt, never stopped me dreaming”. This perfectly reflects the atmosphere of English football fans who often feel disappointed and downbeat after poor performances in international tournaments.

Sport can provoke a lot of emotion in both the people taking part and those watching, often those sat in the grandstands and at home watching on TV are just as emotionally invested in the outcome of the game as the players and the managers. As with other areas of life, music can be used to portray the emotional elements of sport. For many fans, music is a crucial part of the experience, as we saw with the disappointment of Formula One fans when the title music was changed.

Music can tell a story of elation and of disappointment, as seen in The Baseball Project’s song “Don’t Call Them Twinkies”, which recounts the excitement and joy when a team wins; and in “Three Lions” by The Lightning Seeds which expresses the “30 years of hurt” experienced by English football fans. 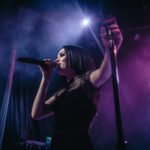 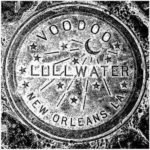