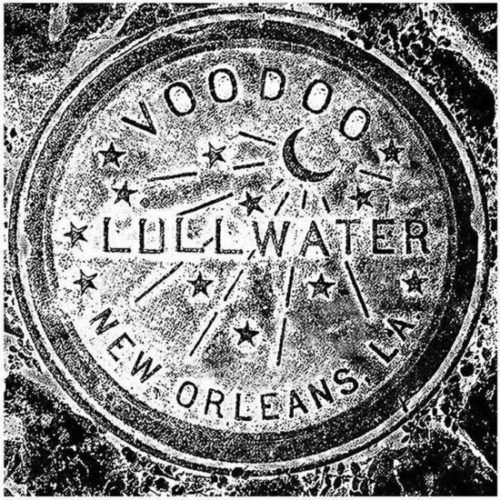 2015 saw the rock band Lullwater release their game-changing album Revival. As much as their debut was impressive, this took their sound to a whole new level. This collection of songs felt like a caged beast set loose. It was relentless as “Evenline” and “Let Me Out” highlighted. It also produced one of their best tracks ever “Broken Wings” which shows off their musical talents.

When they announced they were working on a new collection of songs, the pressure was on. John Strickland (rhythm guitar & lead vocals), Daniel Binnie (lead guitar), Roy ‘Ray’ Beatty (bass & vocals), and Joseph Wilson (drums & vocals) are never shy of a challenge. They have been busy in the studio and as shown via their social media, that they are proud and excited about what they have created. Say hello to their new album Voodoo.

Since forming in 2007, Lullwater has been one of those rare bands that have continued to evolve. They have learned from their heroes, experimented, and have not been afraid to step out their comfort zone. As a result, Voodoo is their best work to date.

Lullwater’s learning curve means that they know how to assemble songs that have an impact. Their opening track “Curtain Call” is proof with its use of guitars and drums on its intro. It slowly builds up before the barrage of no-nonsense rock appears. Once Strickland’s vocals join the party, then you are fully introduced into what this band is all about.

As the album progresses, they continue to deliver an impressive range as no song sounds alike. They have tracks such as “Empty Chamber” that moves at full throttle while “Yellow Bird” slows things down to show off the bands softer side. However, their blend of grunge meets heavy rock is a common trait found within them all.

There is more to this band than just the music, the lyrical side to their songwriting is equally impressive. Many tracks highlight this talent but none more than “Fight of Your Life”. From the opening lines “Boy, more of a man than most of us / Too young to know the dreadful truth inside” you know that this is something special. It is difficult not to notice the captivating storytelling style to Strickland’s delivery. Maybe it is the passion and intent within his voice or the radio-friendly vibe of the music. Either way, it will make you sing along, especially with the lines in the chorus “Hang on it’ll be alright / Stand strong through the darkest of your night”.

“Fight of Your Life” also shows a different side to Strickland’s vocals as reducing his growl, makes the lyrics stand out. He has such an impressive range that can switch with such ease as “Empty Chamber” highlights. During the verses, he has a softer tone that delivers lines such as “How your heart beats now / With strain and pain, confusion on your face / Where are you now, who’s your hiding place?”. Things change when it comes to the chorus. He unleashes the beast as his voice growls during the lines “All your shame / Thrown in my face / Love your hate / Under the covers / What can I say? / Clean with the pain / No more grace /Why do I bother?”.

From many of the songs that Voodoo has to offer, it is a softer track that stands out the most. Like “Broken Wings” from the album before, “Suffer Not” offers another gem that takes you on a journey. The guitars and drums slow down to create this moody atmosphere which is mirrored by Strickland’s vocals. There is a vulnerability to his tone, which is amplified and supported by some beautiful use of violins. The last few minutes also feature an epic guitar instrumental from Binnie.

How does Lullwater do it? How do they create a new album which eclipses the one prior? Voodoo shows that this is a band that is not afraid to push themselves and continue to grow. As a result, they have created one of the best rock albums you will hear this year. 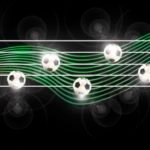 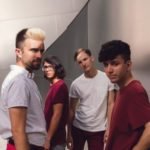