‘House of Souls’ is the Perfect Addition to Your Fall Playlist 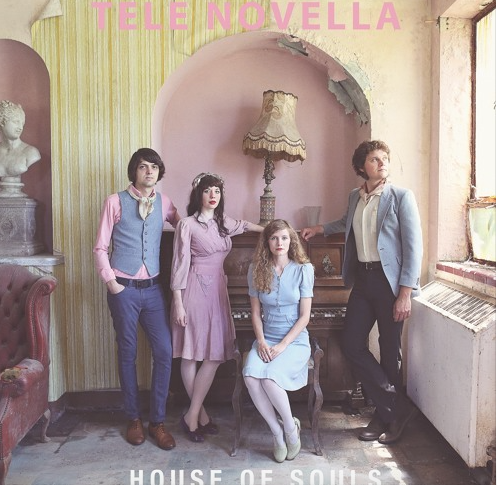 Being someone that can always appreciate a nice play on words, I must say I was intrigued by the group Tele Novella. A very unique name choice, it makes you want to dive straight into their music to see just what they can do. Being described as a “macabre-pop” band made them even more intriguing to me. This group based in Austin, Texas has just released their latest album House of Souls, packed with 11 brand new tracks.

This group has had a bit of experience, being that this isn’t their freshman album. Also, they’ve made a name for themselves having one of their previous tracks “Trouble in Paradise” featured in an episode of the very popular show Pretty Little Liars. This album has a very psychedelic feel with quite a few indie rock aspects to it as well.

The first track, “Sacramento,” starts off with a ’70s record-player style sound, and as the vocals begin, I’m immediately drawn in. They sound perfectly distanced and intense, even though there’s quite a softness to his voice. Bringing this classic sound into such a modern release is a great start for this album.

“Heavy Balloon” is the fourth track from the album, and starts off much more upbeat than the previous. There’s definitely a surf-rock sound in this one, a perfect song to help you wind down from the summer. The song has a very catchy tempo that’ll make you start tapping your foot, and the continuously happy feeling you get from it is sure to make even the worst day a bit better.

“Victorian Terrarium” is one of the most trance-like from the album, something that greatly resembles a Beatles track. The steady, slow tempo of the track really puts you in a daze, slowly swaying back and forth. By the time the tempo picks up very slightly, you’re completely drawn into the song, and it never really lets you go.

Overall, this album is very eclectic and unique, definitely something you’re gonna want to check out to put a chill start to the fall season.

Head on over to iTunes to preview/download Tele Novella’s House of Souls now. 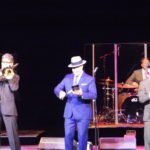