The Addison Brothers – Getting Noticed Through YouTube Cover Songs

When an artist is first starting out the most important thing is getting noticed.  One technique that has been very successful is posting videos of yourself performing cover versions of popular songs on YouTube.    The online video sharing site YouTube is this generation’s MTV.  Many artist such as Gotye and Psy have found huge success after using this method to get themselves noticed.  We have all sung along with the radio into the mirror, why not make a video of it and get it online?

One artist that has started blazing this trail with success is Sheldon Addison.  He has been posting videos of singing cover songs along with his younger brothers for the past 5 months.  In this short time his uploaded videos have attracted over 450,000 views! The numbers speak for themselves.

Enjoy The Addison Brothers cover of One Direction’s popular hit ‘Best Song Ever’ below:

Keep up with Sheldon Addison and his brothers at: https://twitter.com/sheldonaddison 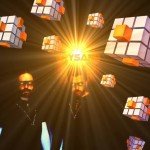 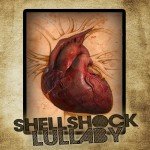