Crysand – Electronica Concept Album To Wrap Your Head Around

With the push now for MP3 singles the art of the full album is being lost.  Songs used to lead into each other and actually relate to each other instead of just self-standing 3-4 minute pieces of music.  There are some musicians trying to bring complete albums back and even reintroducing “concept” albums.  A genre that is new to the concept album game is electronic music.  We came across a group trying to do just that.  Here is Crysand. 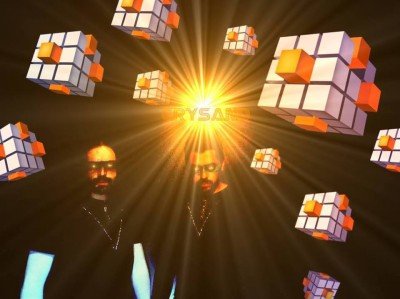 The electro dance pop duo was formed in early 2012 by experienced performers Chris and Andy.  Crysand does not hold themselves only to techno music though, there are heavy dance, ambient, industrial, and rock influences in their unique sound.  The band claims to be “Made In Italy”, even though they are based in London, but you can hear the styles of the many regions of the international electronic music scene in their music.  Some comparisons could be made to worldwide stars such as Prodigy, Chemical Brothers , Black Lab or Daft Punk.

Just last week, Crysand released their debut full length album Supernova.  The 11 track record was entirely self-produced, recorded and mastered in the Andy’s recording studio in Rome.  The album itself is a concept album of sorts attempting to tell a story with the use of many genres within the electronica style.  There is something for everyone here and the album is sure to keep the listener entertained throughout.  The opening title track ‘Supernova’ begins with an homage of sorts to the dance floors of the early 00’s.  The vocals stream along softly as the background leads you into a trance.  Crysand jumps into a much harder and more industrial style with ‘The Experiment’.  The planned first single has a strong rock feel as well with its distorted vocal track that could fit just as well in any hard rock song.  A truly unique song is ‘Cosmic Sex’.  The soundscape is filled with noise covering every aspect of your psyche.  This song may have warped my mind slightly, in a good way.  If you were getting lulled into a trance ‘You’ will awake you instantly.  The hard hitting drum and bass track attacks the senses in an uncompromising way. 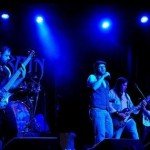 nighTTrain - Cover Band Ventures Out With Some High Energy... Previous
The Addison Brothers - Getting Noticed Through YouTube... Next