Creating music is all about the freedom to do whatever the hell you want.  Not all music has to be made for the masses to consume on American Idol and Glee.  When an artist is unafraid to share their experiments with the world people should take notice.  A recent example is The Cellophane Heart. 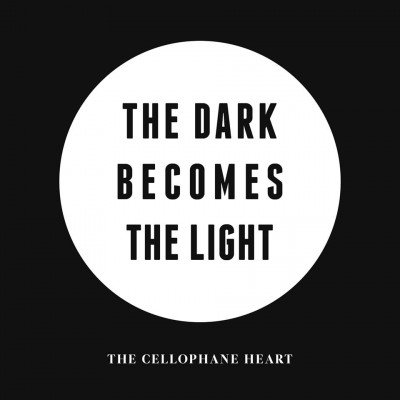 The music out of British Columbia is the solo project of Jer from Sleeping Bag Studios.  After being in bands for the past five years he is now on his own with the freedom to express some experimental creativity.  The music is difficult to describe as it seems to be a little bit of everything mixed together in a witch’s cauldron of sound.  He describes it as music to represent him, as weird and off-beat as that is.

The debut record of The Cellophane Heart was recently released for the world to experience.  The title The Dark Becomes The Light is a good description for what you are about the hear.  It is a 20 track double album broken up into a dark side followed by a light side.  The opening track “Hemo” begins with a straight ahead rock beat but as soon as the vocals come in you can feel there is much more to it than standard rock.  On “Devilish” an electronica side is shown while still remaining dark.  The sonic effects make for an eerie landscape that will gain your close attention.  On other tracks from the dark side such as “Silent” and “Dogs” there is noise coming at you from all angles creating an interesting and somewhat disturbing cacophony of sound.  The light side starts with “Self-Worth”.  Again sounds seem to came from everywhere but the mood is noticeably lighter.  A song that jumped out at me is “The Pull Of Your Beautiful Gravity”.  It is a speedy punk inspired number with a raw garage feel.  The Cellophane Heart claims this record to be semi-autobiographical.  It must be very interesting inside that mind of his.  Go gain the experience for yourself at: http://thecellophaneheart.bandcamp.com/ 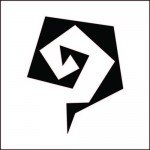 Dizzy Records - Interview With Artists That Share A Creative... Previous
Undocument - Bringing Electronic Music To The Forefront Next 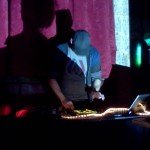