There has been a big trend in the independent music scene over the past few years of small 2 musician bands leaving out other instruments in favor of a raw and minimalistic sound.  This is obviously a much easier way to start a band but there sometimes seems to be something missing and more members are added.  This seems to have brought our latest find The Jamwalkers to the next level. 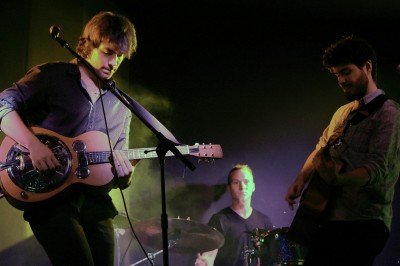 The group from Paris, France started innocently when songwriter Fabian Guidi asked his friend Brice Barraud if he was up to start an old delta blues duo.  What was intended on being just an acoustic project with two guitars and two voices grew into something much larger as the songs took shape.  To fill out the live sound The Jamwalkers recruited Julien on drums and Stephane on bass.  Now the sound is powerful anhe group shows some of their influences with their own take on the Jimi Hendrix classic “Voodoo Child”.  It is slowed down a little to allow the listener to appreciate the subtleties of the song.  The deep bluesy vocals take center stage on “Devil In Me”.  The song sludges along dragging you along with your toes tapping and head bopping.  The blues guitar melody of “Cashier” really stuck out to me bringing me back to the delta sound that is not heard too often anymore.  Raw and real.  This is an album that can be enjoyed by both old time blues lovers and modern music aficionados.  Keep up with the Jamwalkers and the release of the album at: 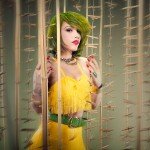 Madeleine - Using Her Mind And Music To Make The World... Previous
Andy Oliver - Returns With New Song Of Survival And Hope Next 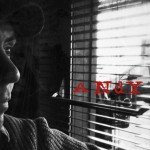