This Australian melodic rock quartet The Lockhearts haven’t been together for long, forming in 2012. They started out headlining weekly at the Spectrum in Sydney allowing them to develop and engulf a local fan base, and then here they are exploding onto the scene with their debut music video for “Freakshow” (directed by Tanzeal Rahim) and being heavily backed by MTV who have heavily played the video which has swept in to claim the number two spot at peak in the hit charts!

Its not hard to see why MTV are on board with the band as this powerhouse rock act have jumped right in and made their presence known with an unique and exciting driven sound. The accompanying video adds to their appeal with a flair of passion, enthusiasm and crazy fun antics! This band are having a blast and have tones of energy and flamboyance to go along with their rock ‘n’ roll attitude. The visuals in the video have high impact and an almost psychedelic feel being very creative and cool with fluorescent lighting effects, which are particularly used well to ‘highlight’ the super slick guitar solo!  Enjoy it for yourself here:

There’s no denying they ‘got soul’ with their highly melodic make you want to move music..I think its safe to say this is a ‘freakshow’ you will want to be a part of; just look at what they have achieved largely based on just one single, imagine what is to come from The Lockhearts.

Luckily we don’t have to wait long to hear more from The Lockhearts as they plan to release new music every few months through their label Sunday Morning Records, and will be keeping busy and building their fan base by extensively touring!

Keep up with the band at: www.thelockhearts.com

*-review by Carina Lawrence – follow more of her music reviews at http://carinasmusicreviews.blogspot.com/ 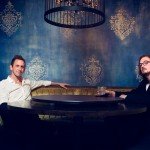 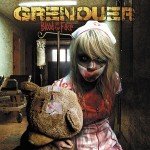